AAnd so it was that the project began. 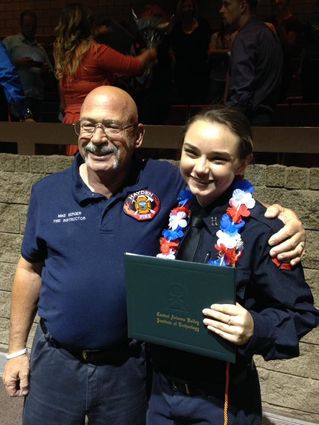 Editor's Note: I first knew Mike Berger through my late daughter Lisa Brookes-Haws, a retired firefighter/EMT/911 dispatcher and trainer. She was so pleased that her own daughter Kelsee Haws was beginning her fire-science program at Central Valley Institute of Technology (CAVIT) under the excellent guidance of Chief Mike Berger.

Fast forward to 2016 - Sadly, although her mother Lisa died before she could see her daughter's graduation, Kelsee did graduate from CAVIT in May of this year. And, Capt. Mike Berger, who had been an inspiration to her and many other students, fulfilled his promise to himself to retire from teaching and the fire service to concentrate on the hobby ("project") he mentions above.

Our family knows that his guidance through some difficult times were a huge help to Kelsee as she completed her program. We are forever grateful to him and look forward to many more articles that will take us further into his project.