Being A Gray Man

Don't Be Fearful; Just Be Wise 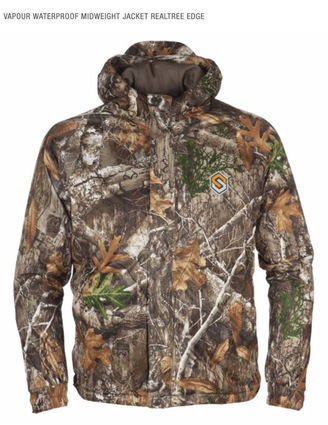 Camo Is For Hunting

Of course, all of this advice applies to women as well.

When I was growing up, the high school parking lot would be full of pickup trucks with a full gun rack on the back window. Everybody I knew hunted or had a hunter in their family, and nobody thought it was "weird" to have a gun. Kids were taught early to respect firearms. That isn't the case today. In fact, it's starting to become the exact opposite. The other day, Margie got an email from NRA Women with a story, "Should you tell people you own a gun?". Seriously, nowadays that's a valid question.

Stay Under The Radar

There is more than one way to tell people you own guns, so if you don't want to advertise the fact, there are some things you can do to stay under the radar, so to speak. What with Red Flag Laws and things like that being bandied about, how can you continue to hunt, shoot clays and targets, etc., without getting your neighbors or the people at work all wound up? The answer is to be the Gray Man.

The Gray Man doesn't stand out. When someone scans a group, the gray man blends. He doesn't look like a "gun guy". He doesn't carry openly, even though he can, unless he is at the range or on a hunt.

You don't have to be paranoid about being a gun owner, but you don't have to advertise it either. So here are some tips that will help you be safely armed without freaking out the people who are anti-gun. This is just basically polite, since some kids are raised to be terrified of guns.

First of all, teach your kids to keep mum about having guns at home. This can be difficult, because we all know how kids love to talk. They really need to keep quiet about this particular subject though, especially at school. Explain it however you think they will understand it, without it looking like guns are a bad thing. It's a delicate situation at times, but there it is.

Be aware of dumpster divers. If you've just bought a new firearm or some ammo, you may want to wait until you see the garbage truck coming to put the boxes in the trash. No sense advertising what you've got in the house.

When you're getting ready to go on a hunting trip or out to the range, keep the guns cased. Back the SUV into the driveway or load it up in the garage so your neighbors don't see what you're putting in there. You might even want to save the camo til you actually get to camp.

Invest in the best gun safe you can afford, and get a big one. The thing is, once you have a safe, there are just so many things you want to put in it besides guns: important papers, ammo, expensive electronics, cameras, etc. Get a fire-rated safe and if possible, put it in a closet. Out of sight, out of mind, and unless visitors to your home are particularly snoopy, no one will be the wiser.

The bumper stickers on your car say a lot about you. 'Nuff said.

If you routinely carry a concealed weapon, make sure your clothes don't give you away. It's not concealed if everyone can see the imprint of it on your tight shirt. One time I was entering a store and the guy in front of me had his suit jacket caught on top of the revolver he was wearing in the small of his back.

I made to sure to let him know so he could remedy the situation. Lesson to learn: Check your outerwear to make sure it's covering. Another thing that often gives away a concealed gun is touching it. Some guys are always putting their hand on their weapon. I don't know if it's because they don't feel secure with their holster or what, but don't do that.

Here's a couple of rules I follow about my clothing: Camo is for hunting, and tactical clothes are for the range. Going around wearing full camo or those police/military-style pants and boots is not the way to be a gray man. Also, keep logos and slogans to a minimum. In other words, don't wear your "Pry it out of my cold dead hand" shirt when you pick the kids up from school.

Just Because You Can

I'm pretty sure you feel the same way that I do – that you should be able to wear what you want, where you want. But just because you can doesn't mean you should. These days, you really need to think about how you are perceived by anti-gun people, just for your own peace of mind. So save your NRA and Glock hats for the range or for a BBQ with like-minded gun owners. Don't wear them to the grocery store or to pick up the kids, at least if you want to be a gray man.

The thing is, if you carry a gun for self-defense, your number-one goal should be never to have to use it. So don't wear inflammatory slogans or logos. For one thing, it draws attention to you, which a gray man doesn't want.

Remember that social media is not private. Anyone can see what you post for the most part, so it's best not to post photos of your gun collection no matter how proud of it you are. Likewise, skip posting those photos of you looking tough with your new AR – use common sense.

Also, be careful about the pages and accounts you like and follow. Like it or not, your posts and the accounts and pages you follow build up a profile of you that anybody can interpret however they want.

Learn to live in the yellow. This means you should be aware of what is going on around you. Keep alert without looking paranoid. If you see someone who trips your alarm button, make eye contact. Glance behind now and then when you're walking. Being a gray man helps you not to be a target, since gray men don't look like they have much worth stealing.

Confrontations and arguments are to be avoided. If you somehow end up in an area where it looks like a riot is about to happen, get the heck out of Dodge. If you wouldn't go someplace without a gun, don't go there with one, either. I mean things like walking down dark alleys at night and stuff like that. Avoid ever having to use your gun as best you can.

Blend with the crowd. If it's summer in Phoenix and you're wearing a sweatshirt to hide your weapon, you're not blending. A nice cool Hawaiian shirt would actually blend better. Being a gray man doesn't mean you always have to actually be dressed in gray, it just means dress to blend with the people around you so you don't stick out.

All of these tips apply to women too. If you're going somewhere where dresses are common, invest in a great thigh holster. I'm not a huge fan of carrying in a bag because that bag can be taken from you pretty easily. But there are more and more companies now that make a huge variety of holsters for women, so check them out online. Be a gray woman. I don't mean be fearful, just wise.