No Ammo? No Problem! 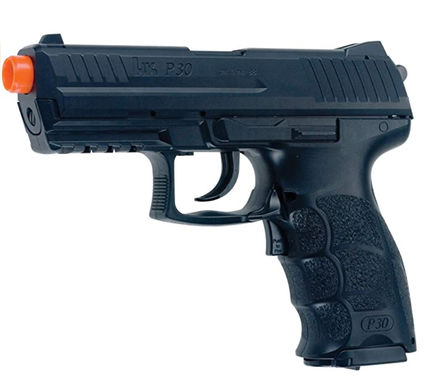 Airsoft guns fire small plastic pellets and can be used with splatter targets for instant feedback.

If you have tried to buy any ammunition lately, you already know that shelves are bare. Buying online is just as trying: I've put a couple boxes in my cart on the Cabelas website, and before I could check out, they were already out of stock. Ditto on other websites: page after page of "out of stock" messages on almost every kind and caliber of pistol ammo.

The only thing I've found on the shelves lately is bird shot, rifle ammo, and tracers. So odds are, even if you want to get a little practice shooting in, you're probably loathe to burn up your ammo right now, not knowing when you'll be able to replace it. But cheer up – the good news is that you can get in quite a bit of shooting practice with no ammo at all. Here are several great ways, from cheap to over the top.

Dry fire is just pulling the trigger on an unloaded gun. The key here is UNLOADED. Check it carefully, then check it again. Most modern pistols are perfectly okay for dry fire, but rimfire pistols and older single-action revolvers could be damaged by snapping on an empty chamber. You can get dummy ammo for any pistol if you don't feel comfortable dry-firing, and in fact we use dummy ammo often in defensive pistol classes.

They feed just like regular rounds, but of course they don't fire. Dummy rounds are exceptionally good for teaching you to quickly recover if a round doesn't go off as planned, but they are also great for practicing loading and shooting.

With dry fire, obviously there is no recoil and no noise as well as no bullet exiting the gun. So while dry fire isn't the same as going to the range and shooting for real, it is great for things like working on basics like getting the sights lined up, placing the sights on target, controlling your breath, and squeezing the trigger. One drawback to dry fire is that you have to rack the slide every time to reset the trigger.

One way to get past that is to use a DryFireMag. I haven't tried one yet, but they look pretty great. It's an actual magazine that fits your semi-auto pistol, and it has a spring mechanism at the top. It doesn't use the firing pin. The company says it provides audible and tactical trigger simulation and you can do double taps, practice at home all you want, and build proper muscle memory. They aren't cheap – they run anywhere from just under $100 to $115 (there is a $20 coupon on their website right now), and you can also get them with the Mantis system. More about Mantis later. Check out DryFireMag at http://www.dryfiremag.com.

The MantisX actually attaches to your pistol (or rifle) and analyzes every shot as you dryfire. It attaches by rails, but they also have adapters. I actually have a MantisX system and it is pretty incredible. You just attach it to the gun, connect your phone or tablet and pair with Bluetooth (iOS or Android), then commence dry firing. It evaluates every shot and shows you where you're going wrong and how you can improve. It also tracks your progress over time.

They have four different models, ranging in price from $99 to $249. Right now there is a $20 coupon on their website. Go to http://www.mantisx.com to see them. You can also buy a combo DryFireMag with a Mantis system for $199 - $205 on the DryFireMag website. The $20 coupon doesn't apply to the combo.

I have a deck of Dry Fire Training Cards that someone gave me for Christmas years ago and they have a lot of great scenarios and sessions for dry fire practice. They come with a course that includes videos and a bunch of other stuff for $37. You can check those out at http://www.dryfiretrainingcards.com. These include drills that use things around the house – like sticky notes, cans, etc. Doesn't get much cheaper than that!

A couple of years ago Margie got me a LaserLyte Training System for my birthday and both of us practice with it. It's a lot of fun. It consists of a Laser Trainer which is sound activated, so when you pull the trigger, it fires a red laser for 1/10 of a second. It will fit in your pistol, but they also have blue plastic training pistols, which is what we have. The blue gun is ideal not only for the LaserLyte training but also for martial arts training when learning how to disarm an opponent. We'd never do that training with a real gun.

The LaserLyte is a ton of fun. We actually practice in the house, with one of us being a bad guy and holding the target, and the other one shooting. It's a fantastic way to get real life experience on a target that is moving, dodging, and going in and out of doors in a hallway. These are not cheap – a setup will run you at least a couple hundred bucks, but they are fantastic systems. You can check them out at http://www.laserlyte.com.

Airsoft guns are another relatively inexpensive way to practice shooting. You can buy an airsoft pistol for around $130 and they actually feel much like a real gun when you fire them. They shoot round projectiles and they can be gas powered (CO2), electric, or spring. The projectiles are plastic so you can see (and feel!) where they hit. The pellets are pretty cheap – you can get 5000 of them for $16 on Amazon. You can actually use splatter targets with Airsoft guns as well. I have never fired an Airsoft gun, but it looks like a lot of fun.

There's An App For That

There are also a lot of apps available for your phone that can help you with your dryfire practice by using the camera on your phone. Some of them work with the lasers like the ones you get from LaserLyte and you simply download paper targets and fire away. Some of them are pricey 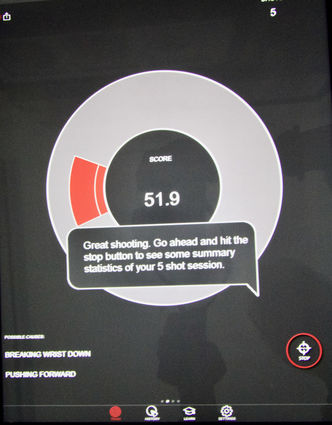 – one is almost $400 for the app, receiver, and target. Others range in price from free to $90 or more. Just search the app store and be sure to read the fine print and the reviews.

Bottom line is: if you don't mind re-racking the slide every time, you can actually practice dryfire at home absolutely free. It won't feel like actually firing a gun, but it will help you with basics like getting on target, breath control, and squeezing the trigger. But I must admit, those other things like the Mantis and the LaserLyte are a lot of fun and in the long run they can save you a ton of money, because as you know, ammo isn't cheap. So do some research and find a method that fits your budget. And remember check twice to make sure that gun is empty!