Consider These Options Before An Emergency Happens 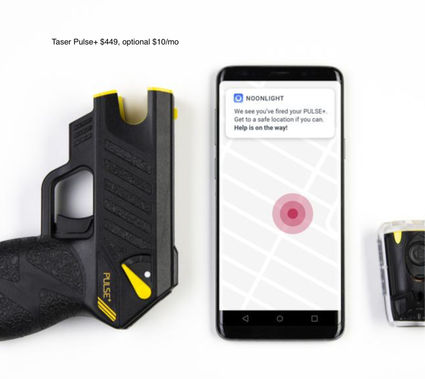 Taser Pulse+ has an effective range of 15 feet and puts an attacker down for up to 30 seconds.

There are many situations that probably don't require a lethal response. A dog attacking your dog as you walk, for instance, or some guy with road rage who isn't armed but is still intent on punching you out. There are also a lot of situations that make you feel anxious even if no one is attacking you: walking through a deserted parking garage at night for example, or walking back to your car at night when no one else is around.

You probably wouldn't want to have a gun in your hand for those times, but some kind of self-defense would definitely seem to be in order. Luckily for us, there are all kinds of non-lethal weapons, many of them pretty inexpensive.

Of course, ideally you wouldn't want to be walking around alone at night, but sometimes it is unavoidable. When Margie was sent out of town for her job, she stayed in a hotel and arrived there rather late each day after work. Walking through the dark parking garage, getting into the elevator, and then going down those long deserted hotel hallways definitely made her uneasy.

She had flown there, so she didn't have a gun, and probably would have felt a bit foolish keeping it in her hand if she did have it. But, there are several options she could have considered.

One option is a stun gun. These now come compact and usually on a flashlight, so they don't even look like a weapon. Guard Dog Security makes a very compact model, the Guard Dog Vice, that is designed to be easily held in your hand.

The flashlight has three functions including a strobe to get attention, and it has a safety pin that disables the stun gun feature to keep your kids safe. You can pre-order one in purple right now at guarddog-security.com. It also comes in black or teal.

As an aside, they also sell an alarm that wedges under your hotel room door and starts shrieking if anyone tries to open the door. They even sell a combo pepper spray/door alarm as a dorm package.

Keep It At The Ready

Margie informs me that in her opinion, women are very unlikely to stab someone, or even stab a dog, but says that she'd be willing to use a stun gun or pepper spray. Pepper spray would be last on my list because in order to be effective it needs to be a mist, and that has an unfortunate tendency to blow back on you.

I suppose in a garage or hallway with no wind it would be okay, but a stun gun would be a lot better. Keep it in your purse, and then make sure it is in your hand when you're out alone. A weapon you can't get to is no weapon at all. Also, be sure you keep it charged up and/or have fresh batteries in it.

They usually have adjustable beam widths, are bright enough to be temporarily blinding, and often have metal protrusions around the lens that can also be used to inflict damage on an attacker. Some of them are big enough to be extremely effective clubs as well.

Just because there are lots of people around doesn't mean you're safe. Bad guys will follow women to their cars at shopping centers, or pretend to need help finding a child, etc. When you're close enough, they just grab you and throw you in their car.

Unfortunately, these days you can't afford to be a Good Samaritan. If someone approaches you in a parking lot, first of all, try to avoid them. This assumes you are even aware that someone is after you.

Keep your head up and your eyes open – don't walk around with your phone in your hand. Stay alert. If you see someone nearby, look them in the eye. Walk strong. Criminals like to pick on people who look weak or distracted – it makes it easier for them. So be a hard target.

Besides being a hard target, carry something that will make everyone nearby look your way if someone tries to grab you. What could be more innocent than a woman with her keys in her hand? Get a panic alarm keychain, and keep it in your hand every time you leave the store. Again, Guard Dog Security has one that will scream at 120dB for less than $17. Get one for each of your kids as well, and make sure they know it is only for times of distress.

A tactical pen is another fairly covert weapon. Tactical pens are very popular these days, and you can get one that has a flashlight or even handcuff keys inside. You can keep one clipped in your pocket ready to go, and you can wear one almost anywhere. The ones that really look "tactical" might get taken away from you in some places, but a really good stout metal pen can still be a very effective close-quarters weapon.

The best one I've seen is the SureFire Pen IV. It looks like a really good pen, but it has an aerospace aluminum body and it's rugged as all get-out. It also writes beautifully with a Schmidt easyFLOW 9000 ink cartridge, which is replaceable, of course. The downside? It's $130. You can get tactical pens a lot less expensive than that, though. Again, you have to be willing to stab a person with it. If you don't think you could do that, don't carry one as a weapon.

Our old French Brittany, Rosie, was attacked three different times by dogs who were running loose. It all happens so fast that you really don't have time to get anything out before your dog is hurt, and if you try to grab either of the dogs, then you're going to be hurt too.

Now when we walk Mochi, I carry an electric cane that I got from fashionablecanes.com for just around $75. If you go to their website, a box will pop up and you can get 10 percent off if you enter your email address. The cane also has a flashlight in the handle. It's always right in my hand and ready to go, and will deliver a million volts – more than enough to send an attacking dog running.

In fact, twice now we've had stray pit bulls rush toward us in full attack mode, barking and meaning business. I just hit the button on the cane, and the sound alone has made them turn tail both times. No kidding – I never even had to touch them with it. Pretty cool.

Our son David carries a collapsible baton when he walks his dogs. Again, it needs to be in your hand. These batons look like small flashlight, but if you snap your wrist, they open up to a couple feet long. You have to be willing to hit a dog or a person with one of these, though.

They are easy to carry and don't look like weapons until you flick them open. These could also be used for self-defense, but aren't much use unless you have room to swing them. There are all kinds of batons on the market – Guard Dog Security has at least six, and they are inexpensive.

Bear spray is last on my list for a reason. It shoots a stream, not a mist. Margie used to carry a small cannister of pepper spray, and while it did make an attacking dog go away, it also made her choke. That mist is just not great for outside. So now she carries a can of bear spray, which shoots for quite a distance, but again, it's a stream – and less effective than a mist.

There are much bigger and more powerful hand-held stun guns that are also large flashlights. These are ideal to have in the car. In such close quarters, any kind of spray or mist will get both you and the attacker, and anything that you have to swing will be hard to use, with the exception of a monkey fist.

A monkey fist is a knotted ball on the end of a cord, usually a braided cord for strength. Some have a golf ball or even a metal ball inside. Swinging that into someone is gonna hurt. I've searched online and nunchucks are illegal in Arizona unless you're going to or from lessons, but I can't find anything about a monkey fist's being against the law.

If you know, please let us know. The caveat here is that it's entirely possible you'll swing that thing into yourself.

There are a lot of folks who don't want a gun in the house. Some are afraid of guns, some don't want them around the kids – there are lots of reasons. But that doesn't mean you have to be unarmed. There are actually personal tasers that have an effective range of fifteen feet and will put an attacker down for thirty seconds. Long enough to get away, hopefully.

The Pulse+ by Taser (pulseplus.taser.com) even works with an app that will call 911 when you fire it. It costs $10/month for that service, however. Again, a hand stun gun, a baton, even a tactical whip can be at-home weapons. My only worry is that once someone is actually in your house, there is no one around to help you, and a non-lethal weapon might not keep him down long enough for all of you to get to safety. And what if there are multiple attackers?

Whether or not you carry a weapon is entirely up to you. If you do decide to carry, keep in mind what kinds of places you'd be most likely to need to use it, and choose a weapon that can be easily deployed. You may choose to simply have a siren or alarm.

Get the best one you can, and keep it charged. Only you can make the decision about what type of weapon you would be mentally prepared to use on an animal or another human being. Research your options, and make sure you know exactly how things work before an emergency happens. 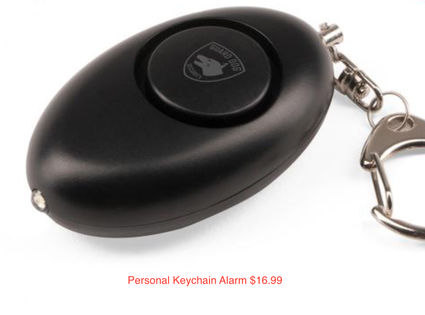