'Two Is One And One Is None' 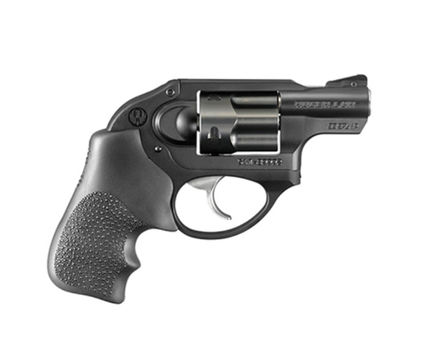 If you have a Concealed Carry permit and carry a weapon regularly, have you ever considered carrying a back-up weapon? Not just a knife or a tactical pen or a monkey fist, but a secondary firearm? I've heard lots of reasons why you would want to have a second gun on you, and I've also heard plenty of reasons why people don't want to carry a second handgun. Let's look at both sides before discussing what type of secondary weapon to choose and where you might carry it.

Guns sometimes malfunction. Magazines fail, bullets jam - all kinds of things happen. If you've done any defensive pistol courses, you've practiced clearing a malfunction many times, but you really should practice it a lot. In the heat of the moment, if someone were actually pointing a gun at you and you had a misfire, what would happen? I've also heard people say that they carry a secondary weapon in case they run out of ammo.

Odds are, you're never going to be in a sustained gunfight where you need to reload, but if you carry a revolver (way less likely to fail, by the way), you are very limited ammo-wise. Six rounds is all you get most of the time. And revolvers take time to reload, even with reloaders.

Some people carry a second gun because they figure they can hand it off to another good guy and get some assistance. Again, unlikely, but a lot of people like to try to cover every possibility.

Another and more likely scenario would be if some big thug jumped you and had you pinned to the ground, making it impossible for you to get to your main weapon. He might be sitting on your torso, right where your gun is. In that case, you might be able to reach a secondary pistol, especially if it were on your ankle.

Guns and ammo are heavy. How much do you really want to strap to your body every morning? If you need to lock your guns in the car, say to enter a federal building, how big of a lock box do you need for all those guns and magazines. If you and your spouse both carry, that's a lot of stuff to have to deal with on a daily basis.

Keep It To Yourself

Another con is that some people feel that others will think they are nuts for carrying around two guns all the time. Frankly, that shouldn't even be an issue. If you have decided to carry a weapon, that is your decision and yours only. In fact, the whole point of Concealed Carry is that no one should even know. Why are you telling people you carry at all, much less volunteering information about how many you carry?

I've got a feeling that if you were ever in an active-shooter situation, God forbid, the people around you will be very happy that someone on their side can defend them. But until something like that happens, keep it to yourself.

If you've made the decision to carry a secondary weapon, make it small and reliable. And remember that this is not your primary carry, so don't keep it in the same place. For instance, don't put two holsters on your belt.

Your secondary carry can be in a variety of places. Ankle holsters are popular - a good ankle holster has no problem keeping a small pistol concealed inside your pant leg.

Some examples of nice little guns for secondary weapons are the Smith and Wesson M&P Bodyguard 38, the Taurus Protector, and the Ruger LCR, which is a double action revolver.

Stay With A Caliber You Can Handle

Stay with a caliber you can handle. The smaller the gun, the bigger the kick. You might find that a higher caliber is a bit much to control. Don't use magnum ammo or +P loads in this little gun, but stick to primo rounds.

You'll want to practice even more with the smaller pistol than with your primary carry. A smaller gun has a shorter barrel, and it's more difficult to be accurate with it. Practice smooth, long trigger pulls at 3, 5, and 7 yards. You should also practice getting to your gun. Get a blue gun replica and practice getting it out of the holster. Have someone sit on you as if they're going to pound your head in, and see if you can get to the gun.

Revolvers Are Less Likely To Malfunction

The reason that all three of the guns I mentioned are revolvers is that revolvers are much less likely to malfunction. I'm not saying they never do, but they are quite a bit more reliable than semi-automatic pistols. There are no magazines to worry about, for one thing.

But if you really love the little Ruger LCP .380, by all means use one - but make sure you keep that thing clean and oiled, and replace the magazine periodically. What I mean is keep two magazines (at least), and keep one empty at home and the other loaded in your gun.

Springs can wear out from being constantly under tension, but they can also wear out from a lot of loading and unloading. Just shoot the gun regularly and you know if it starts having problems. You should replace the ammunition once a year as well. Go ahead and use it for practice, then reload with fresh self-defense ammo. 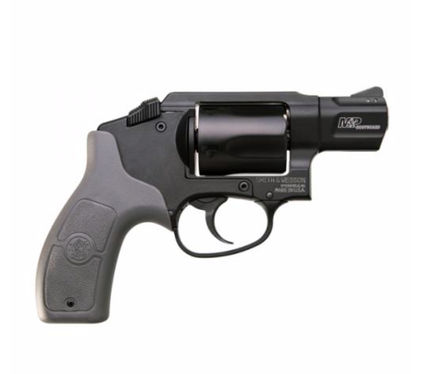 If you're like me, you'll go through a lot of holsters before finding the perfect one. They all look and sound good in the ads, but real life is often a different story. I've had ankle holsters that let even a small gun flop around, undershirts that wore like corsets, and pocket holsters that refused to let go of the gun. Nothing like drawing and having the holster still attached.

A Little More Peace Of Mind

The decision to carry a secondary weapon shouldn't be made lightly - it's going to be an expensive and time-consuming process finding the perfect gun and the perfect way to carry it. But there's no denying that having a back-up weapon gives you a little more peace of mind. As the preppers say, "two is one and one is none".