Lead The Way In Getting The Lead Out 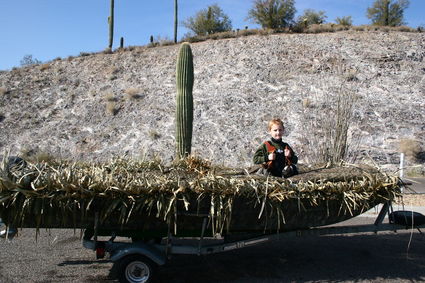 This little hunter was successful, even without lead. This is Casey Benevidez.

For quite a while now, waterfowl hunters have been required to use shotgun shells that do not contain lead. Seems the lead pellets in the water get ingested accidentally by waterfowl and it is toxic to them if it builds up.

In Arizona, the Game and Fish Department encourages hunters who hunt in Arizona's condor ranges to use lead-free ammo or to remove gut piles if they are shooting lead. The condors eat the remains and get lead poisoning from the tiny lead fragments. If you do use non-lead ammunition, leave the gut piles - they are an important source of food for the condors.

Performance Not An Issue

Lead also affects other birds of prey besides condors. We hunters have a long history of being the first and best conservationists, so we should lead the way in getting the lead out. A lot of sportsmen are worried about non-lead ammo's having performance issues compared to lead, but nowadays that just isn't the case.

When it comes to shotguns, there are a variety of metals used for shot. Steel is great, but for long range, like geese, for example, you need something like bismuth or tungsten. Tungsten is incredibly pricey, though. Kent Fasteel 2.0 shotshells are made with precision ground zinc-plated steel shot, custom-blended powders, and high-performance base wad for uniform patterns and maximum performance.

It Can Be Pricey

Price is the issue with most non-lead products. Kent Bismuth Waterfowl and Upland Shotshells are $29 to $42 per box at Cabelas, and that's for a box of 10. That's a chunk of change. Bismuth performs beautifully, almost as well as lead, but it sure is expensive.

Tungsten is super pricey as well - Hevi-Shot Hevi-X Tungsten Shotshells are $25 to $50 per box of 10. Tungsten is great because it is dense - it has a higher pellet count than steel, and up to 50 percent more knockdown power.

This is important because nobody likes to cripple a bird, but most guys I know shoot at things that are way too far away. I'd bet the average is a bird down for every four or five shells, and when the price of your shotshells is approaching $5 per round, that makes duck hunting a rather expensive sport.

Problem Not With The Ammo

The problem here lies not with the ammo, but with the hunter. If you spend some time at the sporting clays range, you'll soon discover how far you can shoot effectively, and the practice will improve your success ratio. You can use lead shot at the range, but when hunting season approaches, shoot a round of clays with your steel shot to get some practice. See if it makes a difference in your score.

When you're out on the water watching those ducks fly in, make sure you're well-hidden and camouflaged, and let them get in a bit closer before you fire. Actually, that's the advice I was given even when we could still shoot lead.

Federal Ammunition's Power-shok Copper comes in a wide range of both rifle and pistol ammunition. The loads have a copper-alloy construction and a hollow point design that expands consistently for accurate, reliable performance. The 130 grain 270 Win load has a muzzle velocity of 3060 and at 400 yards it retains 1006 foot pounds of energy – more than enough for a deer hunter.

If you routinely leave your gut piles, you might want to consider switching to Power-shok when you are hunting. At $33.95 for a box of 20, it's a bit steep for target practice, but a box of twenty will give you enough to sight in your gun and have enough left for the hunt.

Federal offers centerfire cartridges made with Barnes Triple-Shock X bullets, which are all-copper hollow points that retain nearly 100 percent of their weight on impact. Also, the grooved shank cuts down on barrel fouling. These bullets are highly accurate and effective, and have been very popular with hunters for years.

CCI makes a .22 round in copper. Their Copper-22 is just $9 for a box of 50 at Bass Pro Shops – which is about twice the price of the lead version. You can get 100 rounds of Remington .22 ammo for ten bucks. The bullets in these rounds are made by high-pressure injection molding of polymer binders and copper-alloy dust. Muzzle velocity on this rounds is 1850 fps.

The bullets are lightweight, so they are great out to about 50 yards, after which they start to lose energy pretty darn quickly because of their light weight. They are great for steel targets because they fracture when they hit hard stuff, which really cuts back on ricochets. The longer your barrel, the more you'll get out of this round. 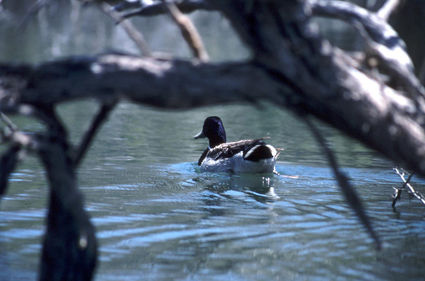 For those who load their own ammunition, there are lots of great non-lead bullets available, like the Barnes Triple-Shock X mentioned earlier, and the Hornady GMX, which is a copper alloy that retains 95 percent of its weight. It features a hard polymer tip that drives into the hollow cavity at the front of the bullet, making a mushroom-like shape on impact. Hornady makes these bullets in sizes ranging from .224 to .375. Loading your own ammunition is a great way to save money, after the initial cost of equipment.

If You Hunt In Other States -

If you hunt in other states, be aware that laws about shooting lead vary from state to state, so make sure to check on that before you travel. Also, check the Arizona Game and Fish Website for a comprehensive list of non-lead ammo, as well as information about condor ranges. Arizona Game and Fish is at http://www.azgfd.com.