Welcome to the Wild West! The Internet, with all of its wonderful benefits, has also become a place for of refuge for those without a life or the courage to get out and do something positive. Trollers have become the new, cowardly lions of the 21st century. Troller's make other people's lives miserable by bullying, gang messaging and attacking the core of another human whom they have never met.

Because of the relative newness of the Internet, there are very few rules about what you can say, when you can say it and few, if any, repercussions for being wrong or evil.

Over five years ago, I was involved in some political controversy, and there were a few e-mails that suggested my life be terminated. There were efforts to blackball my business and to avoid having anything to do with me. Ultimately, things quieted down, but I still feel the anger and hurt at those who had no clue about who I was or what I did, but chose to threaten me behind the security of their anonymous keyboard with fake identities. I was able to witness the gang mentality up close and personal and it can have an effect on your mind.

This past month the news was released that Melania Capitan from Spain had committed suicide. That she chose to take her life is sad enough but when it was revealed that she had been trolled by animal activists/ extremists, it became painfully clear that the keyboard killers had found a victim. No one will ever know the exact reason she chose to take her life, but I found more information about who she was and how she lived.

Capitan was quite attractive, loved to hunt and had a number of pets that she adored. She chose to be open about her passions for hunting and had a following internationally of over 39,000 followers.

The sad part is that somewhere in that 39,000 followers were a number of keyboard killers who despised her, what she represented, how she looked and whatever else their imagination could conjure up. There was a concerted effort by the gutless wonders who chose to hide behind imaginary names and they set out to vilify her. There were over 3,000 vile e-mails and texts, including a number of death threats.

The pathetic part of all of this is that even after the news of her death had been made public, the keyboard killers would not stop. They laughed, insisted that she had done the "despicable" things and that she deserved to die.

Really? What or who made these people judge jury and executioner? Where will we go with the technology that is available today and in the future?

A Time Of Rage

We sadly live in a time of rage. It is painfully clear that many are suffering from low or no self-esteem. Those who cannot "Do" become angry; they form groups of disenfranchised and some do it in the name of Wildlife. If we do not see it your way, than that gives you the license to say all kinds of evil things that you would never have the courage to say to someone's face? 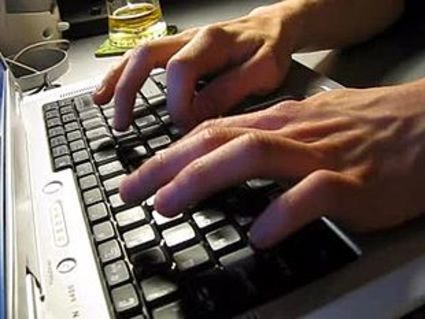 Common decency has become a thing of the past and trolling has become an art form in which these worthless individuals find an identity. Until someone is brought to punishment / justice for their threats and evil wishes, the activities will continue. All of this in the name of seeing the world through their narrow minded way is a pathetic path.

A Life May Depend On It

I hope that those who chose to harass, threaten and drive a vibrant young woman to her own destruction will be brought to justice. Anonymity releases individuals from accountability and for now, a pattern of mob hate is the norm rather than an isolated incident. I hope we all begin to think about what we enter into the numerous forums and pause before we push "send". Someone's life may depend on it.