The Western Association of Fish and Wildlife Agencies (WAFWA) honored four leaders from the Arizona Game and Fish Department (AZGFD) for their conservation efforts at an awards ceremony last month.

Craig McMullen received the WAFWA Professional of the Year Award for achievements during his 24-year career with AZGFD. Starting with the department in 1993 as a Wildlife manager, McMullen quickly moved into positions of increasing responsibility including as chief of the Wildlife Recreation Branch and regional supervisor in Flagstaff for the past five years. In July, he was promoted to role of assistant director of field operations for AZGFD.

"I am honored to have received the award of Professional of the Year," McMullen said. "The award reflects the great and important work done by the Arizona Game and Fish Department and everyone who is a part of those efforts."

The President's Award was presented to the Mule Deer Working Group, which is led by Jim Heffelfinger, Wildlife science coordinator for AZGFD. The Mule Deer Working Group develops strategies to assist in the management of mule deer populations throughout the West, works to improve communication among mule deer biologists, and provides a forum to respond to information needs from agencies. "Our success rests entirely on robust collaboration and communication to deliver mule deer conservation across state and provincial boundaries," Heffelfinger said. 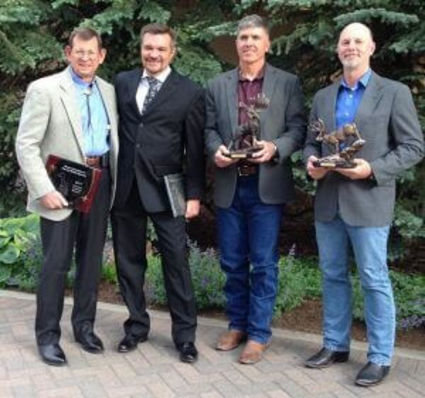 Recently retired AZGFD Director Larry Voyles was awarded with a WAFWA lifetime membership for his career accomplishments and service to the department.

The awards were presented in Vail, Colo., at WAFWA's annual conference.