Find Out How With Modern Spartan Systems

Are you the type of man or woman who wants great shooting firearms along with unrivaled accuracy every time you pull the trigger? Fantastic! You are among most other shooters and hunters out there who are always looking for a way to optimize your firearms for a trip to the range, the next hunt, or when you have tickets for an exotic hunt in a foreign country. Or perhaps you're an aspiring competition shooter looking to shoot your first 1000 meter target? Either way, you need the most out of your tools to accomplish the task at hand. Today, I bring you a review of my experience with a new way to do so. A new way to optimize your tool of the trade and make the most of anything from your Kentucky Rifle to a 1911, M14, AR15, Surgeon or MOA Rifle. I bring you Accuracy Oil and Grease from Modern Spartan Systems. A simple, yet effective way to increase your accuracy through the application of proprietary lubricants that bond in a special way to the surfaces in a firearm.

To begin, I'll start by saying this, I am a shooter. I live and breathe firearms and the relationship between shooter and rifle. As a former Non-Commissioned Officer in the United States Army, a combat Vet, and a current NRA Instructor, I have been searching for a better lubricant for a long time. My search ended when I came into contact with Marcus Kahn at Modern Spartan Systems and used his company's products. Not only did I find a better lubricant, I found a path to better accuracy where I least expected to find it.

The first thing I did was used a product by Modern Spartan Systems call "Carbon Destroyer" on my Mosin to ensure all the Carbon was removed. This is a fantastic product that fundamentally changes the game when it comes to DI AR-15s or anything else that produces a lot of Carbon, but that's for another time as the Carbon Destroyer is a great enough product to warrant its own review (with my AR rifles as well). The next step I took in accurizing my Mosin was to use another product called Copper/Lead Destroyer. Now, anyone who's ever shot a Mosin-Nagant M1891/30 with surplus rounds before knows those chambers and bores can get demolished with Lead, as well as corrosive salts. The latter is usually irreversible damage over time and the former is so difficult to do most just buy a new rifle. Copper/Lead Destroyer was seemingly designed specifically for this type of environment, and does an exceptional job of removing Copper and Lead from the bore. It will remove the corrosive salts, it does a great job of after range cleanup, but will not be able to remove pitting that can happen with time from corrosive salts. Sorry, Modern Spartan Systems created a great product based in chemistry not magic! I saw multiple pieces of debris removed by my bore after using it, and was surprised to say the least. I will say, this is a lengthy process, laborious, and can get boring. Have you ever been successful in removing all that Copper and/or Lead from your bore without paying a gunsmith? I thought not. That being said, it took considerable effort to do so, with many passes of a bore brush, and all well worth it in the end.

The Accuracy Oil and Accuracy Grease are two very important, and symbiotic components to shooters. I will get right into the good stuff for you shooters. I increased my accuracy so significantly on my 1929 Mosin-Nagant, I nearly halved my shot groups at 100, 200, and 300 meters on my best groups. Yes, you read that right, I cut my best shot groups in half at 100, 200, and 300 meters. For the more scientific types, I took my average MOA in a three shot grouping from an that of 2.5 MOA to 1.5 MOA (my best grouping) with an average of 1.8 MOA. Realistically, a decent Mosin from war years can achieve around a 2-3 MOA. Non-War years I have seen people achieve far better at 100 meters at about 1 MOA and sometimes sub-MOA with bipod, scope, crowned barrel, bedded stock, or anything else that may be considered "sporterizing" your Mosin and match grade ammo. I did my testing at various distances to ensure I wasn't just lucky, as well as to provide my data different variables to work with. Now, I did not bed my stock, or put an 11 Degree Target Crown in my barrel (a precise way to increase accuracy through minimizing the pressure variables behind the escaping bullet at the muzzle through a perfectly formed counter bored crown at the end of your barrel), or even shoot with a scope, let alone use anything except surplus Bulgarian rounds weighing in at 147 grains each. My testing was done completely stock from 1929 with iron sights, the same way a Red Army soldier would have been firing this in the 1940's.

At this point, you may think to yourself "How the hell does oil and grease improve my accuracy"? It's a scientific method, to long to explain here today. I will get into it further another time, but will say these special products are fundamentally different from their competition. As a former Soldier and current NRA Instructor, I am telling you that this is one of the easiest ways to improve your overall accuracy. Trying to bang the gong at 500 meters more than 2 of 5 shots on your old Mosin-Nagant from 1917? I'll tell you first hand that this product is one way to do so, though it won't be every shot, you'll make your rifle capable of doing so more often. Now, I will say that every trigger pull is a harmonious relationship between man (or woman) and rifle. That no matter what happens the shooter has to have a basic skill developed to shoot a firearm along with considerable safety training. This is not a "Cure All" that you can throw on your rifle and start shooting pebbles at 1250 meters when you can't hit a boulder that's 50 feet away prior to application. But it is a brand new method for optimizing your firearms and making the most out of them with a proprietary blend and application method. One that bonds with your firearm and makes the most of it. 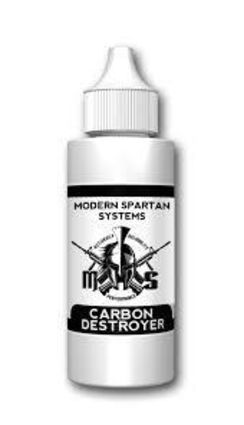 What I will say is there is no replacement for training. Most shooters cannot outperform the rifles they are shooting with, yet are always looking for ways to improve their shots without improving themselves. While this may or may not help in that arena, it will not be very significant if you suck at shooting. "Practice perfectly what you suck at" is something I say to people all the time. I encourage all to take a class in the category of firearms you're looking to improve on and learn from a professional. They will give you the basic building blocks of how to improve yourself. Learn from a professional, find the best your firearm can perform, then put on the products from Modern Spartan Systems to make the best of your shooting experience. Accuracy Oil and Accuracy Grease, a profound product from a great company, that will help all levels of shooters. And I promise just as much as Marcus Kahn, their CEO, guarantees that this will help improve accuracy, especially for those who are already well trained in the fundamentals of shooting.

This is Part 1 of a series, expect more from Modern Spartan Systems and my testing as it continues with more firearms, different testing, and more accurate data over time.

The author currently lives with his wife and two children in Dayton, NV. As a combat Veteran of the United States Army, Justin Daniel was medically separated for TBI and shoulder issues developed during service, and seeks to live out a peaceful yet productive life as a civilian once again.