Wake Zone/Op/Ed - Looking For Love in All the Wrong Places! 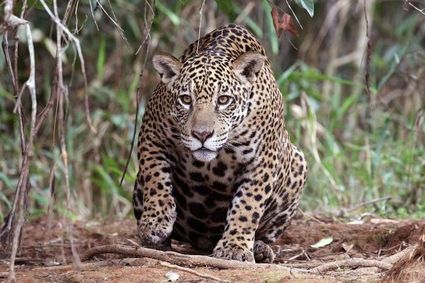 I read an article in one of the daily newspapers by a couple of individuals who represent organizations that proclaim that there should be jaguars all across Arizona. The article was morbidly interesting since I find that more and more of these green environmental types are pushing for predators of any species to make their way into Arizona. Their language was colorful, dramatic and a bit of blarney. I chose to look at their comments and make what I perceive to be the reality of the situation.

"In recent years, a handful of intrepid male jaguars like "Macho B" and "El Jeffe" have returned to the United States, traveling from Mexico and settling in southern Arizona."

Actually, they made incursions into the United States from their native Mexico. A dominant Jaguar will drive off competition from his ladies and push the young males out of town. These young jaguars literally have had their butts kicked by older and more mature jaguars who rule their territory and it's not healthy for young male jaguars to stay in the area.

It is now documented that a couple of jaguars have popped up and opened shop in Arizona. Hey, there is a modest amount of food here but it has no comparison to South America, where lush greenery affords all kinds of Wildlife a thriving place to live.

"The long journey to the United States, while possible for some males, seems to present a difficult obstacle for females, who by nature are less willing to cross the risky terrain of the borderlands."

You want me to go north from here, where I am content, have a wonderful life, can raise my litters and travel to Arizona? Are you crazy? I can just see the theoretical conversation between a male and female Jaguar about taking a hike up to Arizona and settling down.

Look, Jaguar lovers: The reason you do not see females here is because the terrain is inhospitable to them. There is not an "abundance" of prey, the heat is horrific and if you look closely at the maps on where the predominant location of jaguars is, it's in South America!

"In 2016, the Fish and Wildlife Service dismissed millions of acres of habitat north of I-10, where the U.S. Jaguar population could possibly reach 200 or more. This combination of omissions is a one-two knockout punch for U.S. Jaguar recovery."

The United States Fish and Wildlife correctly determined that the arid Arizona deserts are not great habitat for jaguars. Historically, female jaguars have been gone from the landscape in Arizona for over 50 years. The last female seen in Arizona was in 1963.

Something tells me that the females jaguars are a lot smarter than the males and those with bad genes are heading north to avoid the butt kicking they would get if they stayed around in Mexico. Think of Arizona as a bad version of a permanent vacation for jaguars that can't make the moves in Mexico.

"Now U.S. jaguars face the prospect of an impenetrable border wall. If the Trump administration physically seals the border, no jaguars will be able to reach the U.S. on their own, causing them to vanish from the U.S., likely forever."

If a border wall is built, the jaguars that are not alpha males will be forced to wander in different directions rather than north. It's called cleaning up the low end of the gene pool! If the writers of this romanticized version of "border love" are really interested in seeing jaguars in the United States, then buy a ticket to a zoo! 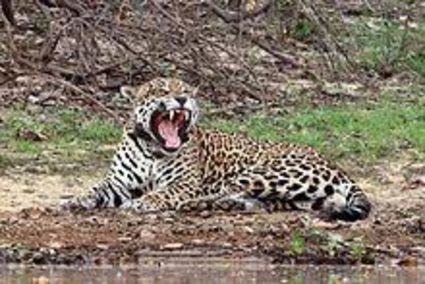 There is a reason no female wants to tread 150 miles north into a baking inferno. They're smart - unlike some dreamy advocates from the Defenders of Wildlife and Life Net Nature.

The Arizona Republic published this Sci-Fi love story for jaguars. Shame on the Republic for allowing these two writers to wax poetic about unrequited love. The smart money says the only jaguars we have seen in Arizona had no place else to go and were not strong enough to carry their own water in Mexico. That is certainly not our problem!