Safari Club International was one of nearly twenty pro-hunting organizations invited to meet with Secretary Ryan Zinke today, on his first day at work as Secretary of the Interior. We applaud Secretary Zinke for reversing Dan Ashe's last minute Director's Order that directed the phase-out of traditional lead-based ammunition and fishing tackle use on all 81 million acres of U.S. Fish and Wildlife Service lands and waters by 2022. Former FWS Director Ashe issued Director's Order 219 on the last day of the Obama Administration, imposing severe ammunition restrictions without input from the states, the public, and ammunition and tackle manufacturers. 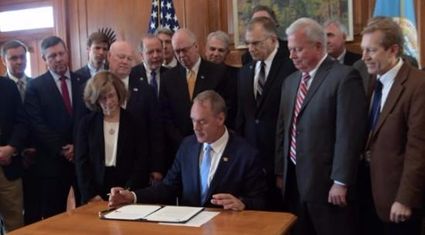 The former Director's measures would have seriously undermined hunting and the important role it plays in Wildlife conservation. In issuing Director's Order 219, Ashe sought to impose Obama Administration prejudices into FWS management of lands for the next five years and beyond.

Today, Secretary Zinke returned science and reason to federal decision-making about ammunition use. By reversing Director's Order 219, the Secretary has prevented the harm the former administration's hasty and thoughtless attack would have caused the hunting community.