Am Wondering What The World Is Coming To! 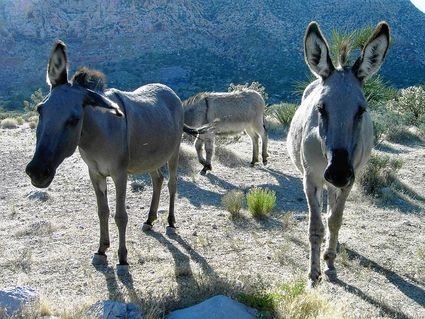 As the sweltering heat oppresses most of us in the Valley of the Sun, news items have come across my desk that bear repeating. I will not champion any particular item, but merely report (sometimes tongue in cheek) the news as it has come down.

A gift was presented to me at the Shake Rattle & Troll radio show last Sunday. The gift was a canned tin of - horsemeat! Despite the feelings of many in the United States, horse meat is a delicacy in many countries. Obviously, the gift to me will be tasted at an appropriate time and place, probably with a glass of a good red wine.

I inquired as to the cost of the can of horse meat and was told it sold for $15.00 per can. The really interesting tidbit was that it is sold in butcher shops in Germany for $25.00 per pound.

Being the fiscally sound person I am, I did some rough figuring on the Wild Horse and Burro pens across the United States, where every year we pay in excess of $70 million dollars in our taxes for their upkeep. There are roughly 40,000 horses and burros that are held in these pens. The adoption for free of these animals has fallen on hard times as most who wanted a horse did so early on in the program.

Only One True Wolf

"Best Available Science!" How often do court proceedings regarding Endangered Species use this little gem in their decisions? Well, try all the time!

This little blurb came hot off the press last week, as recent DNA tests show that there really are no varying "sub-species "of gray wolves. In fact, according to this new study, there is only one wolf - the gray wolf from Canada that is a "true" wolf. The subspecies that folks from the CBD, Sierra Club, Defenders of Wildlife etc., all go to court to protect have now been shown to be - hybrid Coyotes with wolf strains! Or, hybrid wolves with coyote strains.

This new revelation will have the whole Endangered Species Act thrown into a tizzy. I can't wait to hear the twisted logic from the Envirolitgants on how we have to protect these..... things...... because they sure aren't wolves!

Quoted below is the blurb from the New York Times -

The first large study of North American wolf genomes has found that there is only one species on the continent: the gray wolf. Two other purported species, the Eastern wolf and the red wolf, are mixes of gray wolf and coyote DNA, the scientists behind the study concluded. The finding, announced Wednesday, highlights the shortcomings of laws intended to protect endangered species, as such laws lag far behind scientific research into the evolution of species.

For those interested in reading the whole article, this is the site to go to:

A recent disclosure that is destined to have widespread repercussions is in regard to a report from the office of the Inspector General of the United States. The report details how the U.S. Geological Survey (USGS) laboratory had "a chronic pattern of scientific misconduct" and that "Data produced by the Inorganic Section were intentionally manipulated by the line-chemist in charge." The identified issues predominantly affected were coal and water-quality research and related assessments.

What does that mean to us here in Arizona? Plenty!

Current President Barack Obama is said to be contemplating declaring vast areas north and south of the Grand Canyon as a national monument because of fears of how uranium mining (on which there is a 20-year ban) could affect water qualities. With the unearthing (pun intended) of the fraud being perpetrated by the USGS, it makes us all wonder how much we can trust any reports from the government.

What were the intentions of the line chemist who misrepresented the facts? That does not show in the report, but I am sure it would be interesting reading if we can ever get a copy of the total report. Certainly the envirolitigant community has proclaimed that the protection of the Grand Canyon is necessary so 1.7 million acres need to be declared a national monument. Really?

There is no danger of uranium poisoning the water. The testing has proven that, but the folks who want humans off the landscape will still use their political clout to get what they want. Best available fraud? Bet on the government!

Last but not least, kudos to the Arizona Game & Fish Department for calling out the Sierra Club for misleading information about Condors while trying to drum up donations. The Sierra Club sent out a fund plea to the thousands of people who regularly blindly contribute to this envirolitigant group. 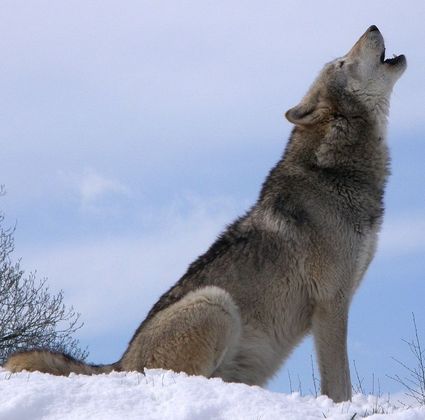 The Arizona Game and Fish Department got wind of the letter and investigated it. They then wrote a lengthy letter that detailed that not one single Condor has ever been tested with uranium issues and there is also no indication that they ever will be.

The Sierra Club was simply trying to hype the fear mongering regarding uranium and the Grand Canyon. It all ties nicely into a big package where they get monument designation; a few suckers will give money for a cause that is non existent and they will continue to use less-than-truthful methods to secure their vision of what the West should look like!