In 2006, I wrote a lengthy article about the inequities involved in the pay structure for the law enforcement personnel in the Arizona Game & Fish Department. The department was losing their personnel to competing agencies across the board. Some were leaving for DPS (Department of Public Safety) some were opting for local police departments and some were going to the local county sheriffs offices.

At that time, the then director for the Arizona Game & Fish Department was Duane Schroufe. The irony was that by simply switching uniforms, the law enforcement people were upgrading their income by 20 percent across the board. Sportsmen agreed to a fairly substantial increase in big-game tags so that the department could afford to pay for those employees who needed it the most. The promise was made that the rank and file would be taken care of.

Sportsmen Pay, Not The General Fund

Oh, by the way - all of the pay for all Arizona Game & Fish Department personnel comes from sportsmen. Not a single penny comes from the Arizona general fund. Remember that!

Spring 2016. Here we are, 10 years later. The same issue has reared its ugly head again. We are losing people to competing agencies and the income rate for starting law-enforcement personnel is at a rate that helps them qualify for food stamps!

This past year, the Department and the Arizona Game & Fish Commission worked hard at trimming their budget so that starter law-enforcement personnel could be brought up to a minimum standard that would be roughly equivalent to other Wildlife agencies across the West. That "trimming" that the department worked hard to accomplish provided over $800,000.00 for new law-enforcement folks. Care to guess what happened?

Governor Doug Ducey and staff refused to allow the pay increases. For some unfathomable reason, started many years before me, the department and all personnel are lumped together with all other State of Arizona agencies under what is termed the ADOA (Arizona Department of Administration). Since it appears that Arizona Game & Fish personnel have always been under paid, the trend has continued as far back as you care to research.

This Needs To Change 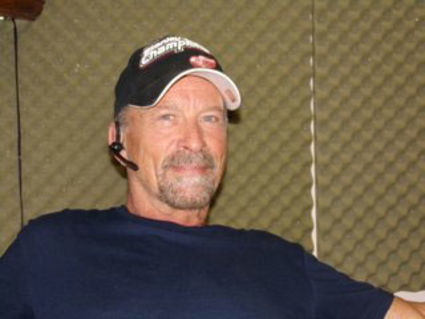 Let the legislators in your district know that the pay increase needs to happen. It won't cost the state a single penny!

The system in place is antiquated and broken. For Wildlife law-enforcement people to qualify to be on food stamps is despicable. For a department that takes no general fund money to have to abide by the less-than-informed legislators and governor is just wrong. This needs to change.