Following the recent Waterski and Wakeboard World Championships in Mexico, the current global boom in Cable Waterski and Wakeboard Parks and also celebrations of the 45th World Cup Stop, the iwwf announced in Switzerland today the appointment of a new Executive Director, Paul Fong from Singapore. He will work closely with iwwf President Kuno Ritschard and the Executive Board. The appointment will commence on March 1st 2016. 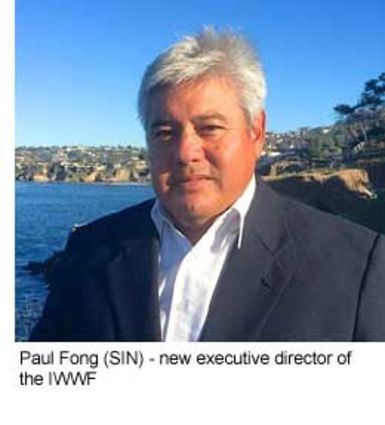 Paul Fong, aged 50, married with two children, is currently based in Singapore and is the President of the Asian Waterski & Wakeboard Confederation. He studied economics in the USA at the University of South Florida and Rollins College Florida where he was also a waterski team member. He was a member of the iwwf Tournament Council from 2000 to 2008, a member of the World Cup Committee and Wakeboard Council. Working closely with HSBC Bank, he organized successful World Cup Stops sponsored by the Bank in 2004, 2005 and 2006 and others in the region, including China. He has also been involved in Wakesurf, Cable Wakeboard and Barefoot skiing.

At a time when the iwwf is expanding its involvement in Multi-Sport Games, supporting the International Olympic Committee and encouraging the global growth of Cable Wakeboard and Waterski Parks, Paul Fong will play a vital role in the future development of the iwwf.