FLAGSTAFF, Ariz. – A bigger and better trap range awaits recreational shooters at the Northern Arizona Shooting Range, one of 10 public shooting facilities managed by the Arizona Game and Fish Department.

With a public-range-fund grant awarded by the National Rifle Association (NRA), the department achieved its project goal of providing more public access to trap shooting and the opportunity for the Northern Arizona Shooting Foundation to conduct registered trap-shooting events.

The $22,650 grant helped to fund the construction of two additional trap fields, including trap houses and concrete field and sidewalks, as well as the purchase of two new trap machines, two new voice-release systems, a new propane generator and additional equipment necessary to operate the trap fields.

"We would like to thank the NRA for its continued support through the Public Range Grant Program," said Mike Raum, statewide shooting range administrator for Game And Fish. "The completion of the trap and skeet fields at the Northern Arizona Shooting Range provides vast opportunities to expand trap shooting during Arizona's hot summer months in a cool, scenic setting."

The NRA Public Range Fund was created in 2009 as a matching grant program to encourage city and county governments, and state or federal agencies, to work with the NRA to build and improve public ranges across the U.S. 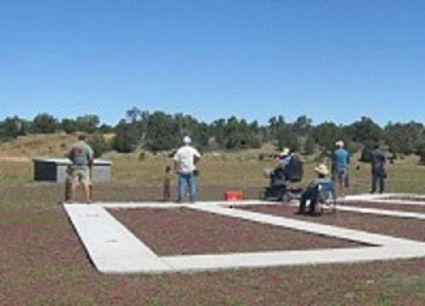 For more information about Northern Arizona Shooting Range, including directions and hours of operation, visit http://www.northernarizonashootingrange.org. A list of statewide shooting ranges is available on the department's website at https://azgfdportal.az.gov/Shooting/Ranges.