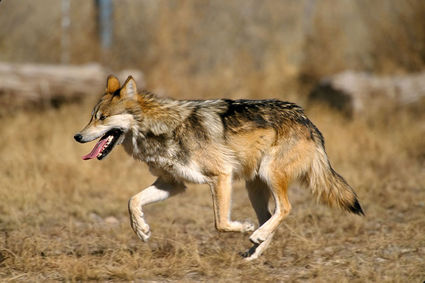 It is time for a true survey, one that has credentials of being unbiased and one that polls people in the thousands, not just 300.

The Defenders of Wildlife, the Sierra Club and a whole group of other pro-wolf advocates have been showing up at public meetings since last fall, proclaiming that "More than 70 percent of Arizonans want more wolves. While the figures alone were stunning, the wolf advocates were constantly harping about heeding the demands of the population.

After hearing this litany for the umpteenth time, I decided to try ro find out more about this survey. I wanted to know who did it, when and what the questions were. From my debate years many eons ago, I have had one profound tenet stuck in my brain. "He who phrases the question, wins the debate!" With that thought in mind, I started my research.

The research was easy to do, courtesy of the Internet, and the survey popped up fairly quickly. The Defenders of Wildlife in 2013 hired a firm called the Tulchin Research Company to conduct the poll on Mexican gray wolves in the states of New Mexico and Arizona. The Tulchin Research Company is based in San Francisco, Calif., and is a Democratic polling and strategic consulting firm. They did display their results on their Web site, and went so far as to list the numbers of participants, their political party affiliation and most important, the questions they had asked.

First and foremost, the questions that they asked were blatantly biased, leading the responders down a lovely path to proclaiming their love for wolves. Then came the critical numbers. How many people were quizzed? In Arizona, which has a population of over 6,500,000 people, the Tulchin survey reached 300 people - 150 were Democrats and 150 were Republican. This grand total of 300 people now represents a "majority of Arizonans."

While the number of participants is incredibly low, those who took to the podium to proclaim that we all want wolves were either misinformed or incredibly deceptive. How can any organization base a whole state's attitude on 300 people?

"Do you support or oppose restoring Mexican gray wolves to suitable habitat in northern Arizona and northern New Mexico?"

"In thinking about the area where wolves are reintroduced, would you support or oppose restoring wolves to suitable habitat in the Grand

Wolves play an important role in maintaining healthy deer and elk populations. Restoring wolves to forests and wilderness in northern Arizona and New Mexico will bring a healthier balance to our ecosystem.

"Scientists say there are too few wolves in Arizona and New Mexico, they remain at risk of extinction, and there need to be two new populations of wolves in different suitable regions to ensure recovery.

The above questions/statements were what were posed to the unsuspecting public. For the normal lay person, when a "scientist" makes a statement, who of us feels comfortable with challenging that statement? Probably no one!

Nothing Could Be Further From The Truth

When they indicate that wolves balance deer and elk herds, there is an inputing that we have a problem with deer and elk herds in Arizona. Nothing could be further from the truth, as mule deer herd numbers have been dropping for over two decades and that shows no sign of changing.

Elk herds have been stable at best and have not been a "problem" in recent history. There are over 100,000 applicants for elk tags in Arizona every year. Only 22,000 of those applicants will draw a tag. Do we need another 1,000 predators on the landscape that will consume at least one elk per week per wolf?

Who Are These People?

There is no indication as to the geographic location of the individuals polled. Were they men or women? Were they rural or local? City-born-and-raised women would be far more inclined to agree with the views, whereas rural-born-and-raised men would likely have been at the other end of the spectrum.

The questions do not expound further. There is always a give and take when you place a top-line predator into the environment. The questions should have also included the other end of what happens when you have predators. "Would you be willing to sacrifice seeing Bambi so that you might hear a wolf?"

Sportsmen/Women Are The Conservationists

Sportsmen have paid dearly to bring game species back from the brink of extinction. The Pittman-Robinson act from the 1930s has raised over 7 billion dollars of self-imposed taxes on sportsmen to ensure that we did have game species to hunt. There is no mention of the fact that wolves will eat what sportsmen have fostered and cared for during all these years.

It Is Time For A True Survey

It is time for a survey, but one that has credentials of being unbiased and one that polls people in the thousands, not 300. Trust in the Sierra Club, the Defenders of Wildlife and the Center for Biological Diversity? Not in this lifetime!

One can always create the case that we want Mexican gray wolves in Arizona. When the public becomes aware of the costs, the lack of involvement of Mexico itself and the arrogant posting of this misleading survey by the groups mentioned, perhaps they will call and end to the madness.

Koliszar, a regular guest on Shake, Rattle & Troll radio, sends the following: "As a bio, I have been in Arizona for 30 years now, originally from the Michigan-Ohio area. The groups I belong to are Arizona Deer Association-President, Arizona Big Game Super Raffle-Vice President, Board of Directors of Arizona Sportsmen for Wildlife and I have been active in several other boards along the way with the Arizona Elk Society, arizona wildlife federation as a couple."John Koleszar, elkhabitat@gmail.com