The North American Monsoon, variously known as the Southwest Monsoon, the Mexican Monsoon, or the Arizona Monsoon, is experienced as a pronounced increase in rainfall from an extremely dry June to a rainy July over large areas of the southwestern United States and northwestern Mexico. During the Monsoon Season, ominous thunder clouds are fueled by daytime heating and build up during the late afternoon-early evening. Typically, these storms dissipate by late night, and the next day starts out fair, with the cycle repeating daily. These summer storms typically last until mid-September when drier and cooler conditions are re-established over the region. Arizona BOATING & Watersports/Western Outdoor Times publisher Jim Allen is pictured prepared for whatever devastation the next Monsoon brings. 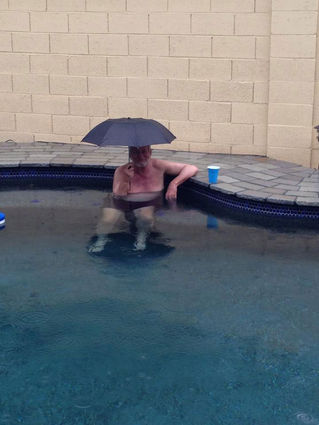