An earthen berm that serves as a backstop for 67 shooting stations that will be higher, more level and -- most important -- safer.

New LED light fixtures that will brightly shine above every shooting station.

A 3-inch layer of closed-cell polyurethane foam insulation on the underside of the steel canopy that will provide sound dampening.

In order to complete more than $100,000 in improvements, the main range will be closed to the general public May 27-31 and again June 3. The main range is closed Mondays and Tuesdays.

Christopher Dean, range manager for the Ben Avery Shooting Facility, said the week following the Memorial Day holiday will provide the best opportunity for crews to complete the projects, while minimizing the inconvenience to recreational shooters.

The closure also will preclude accessibility to the adjacent specialty ranges designated for user groups – Smallbore, Rifle 2 (which also will see improvements to its berm), Pistol 3 and Pistol 4. Dean said user groups will be notified by mail about the closure. 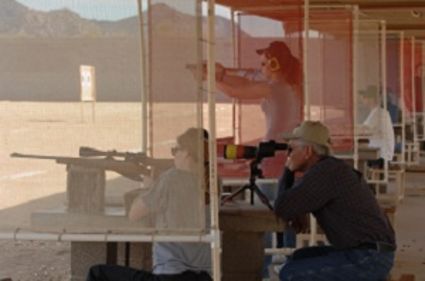 Located on 1,650 acres in north Phoenix, the Ben Avery Shooting Facility is one of the nation's largest publicly-operated shooting facilities, drawing more than 120,000 shooters each year. A City of Phoenix "Point of Pride," the facility has received a five-star rating from the National Association of Shooting Ranges.

For more information about the Ben Avery Shooting Facility, visit http://www.azgfd.gov and click on "Shooting," or call 623-582-8313.

The Arizona Game and Fish Department receives NO Arizona general fund tax dollars? We hold the state's wildlife in trust for the public without a dime from Arizona taxpayers. http://www.azgfd.gov/inside_azgfd/funds.shtml