It's In The House! 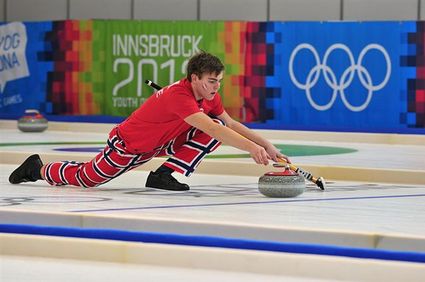 The Coyotes Curling Club is proud to announce we’ve leased property to institute Arizona’s first and only dedicated curling club — in Tempe, Ariz.

Yes, the Olympic sport on ice! The ribbon cutting is planned for January 2014, just in time for the 2014 Winter Olympics.

As we’re a completely volunteer-driven 501c3 organization, we are looking to the community to join us in driving excitement for our beloved sport.

Coyotes Curling Club Leagues have been popular in Phoenix, being practiced by over 4,000 members in the Valley since 2003 at North Scottsdale’s Ice Den. Sharing ice with hockey teams, figure skaters and hobbyists proves challenging for curlers, who require pristine ice to successfully and properly execute skillful games.

Our new space will offer the opportunity to introduce the sport to newcomers, hone skills for seasoned players and offer future Olympians a training venue. Can you imagine an Olympic curler from Arizona? We can!

curling is an inclusive, fun and athletic sport that has the propensity to touch all members of our community — we support numerous leagues for all ages and even plan for a wheelchair league.

We also will be able to host competitions (which we call bonspiels), enticing curlers from around the world to enjoy what Greater Phoenix has to offer.

If you would like more information, I’m available for interviews and will be happy to schedule some time for you to see coyotes curling in action.