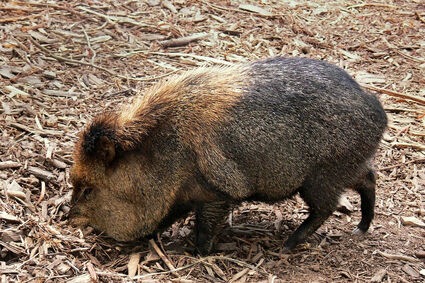 This was not the act of a hunter.

The Arizona Game and Fish Department (AZGFD) is seeking information about the recent shooting of two javelinas in the Cave Creek/Carefree area.

AZGFD officers responded immediately, and they were able to successfully capture and transport the javelinas to a local Wildlife rehabilitation facility for treatment. Unfortunately, neither of the animals survived.

Evidence, including arrows, blood samples and DNA, was collected at the scene. AZGFD is also soliciting additional information as part of a thorough law enforcement investigation.

"Help from the public will play a critical role in making an arrest in this case," said Debra Groves, Wildlife manager. "This is not the act of a hunter. This was a criminal act by someone who deliberately broke the law, and the department does not condone this kind of blatant disregard for the laws that govern the ethical and legal take of Wildlife. It is important for anyone with information to come forward, and help Game And Fish bring those responsible to justice."

Caller's identities will remain confidential and can remain anonymous upon request. A reward of up to $1,500 for information that leads to an arrest in this case has been made available through AZGFD's operation game thief program.