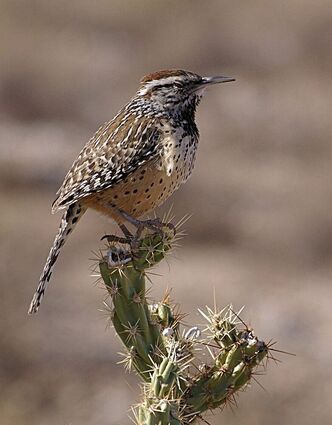 Citizen Science Opportunity: Counting For A Cause

Yes, it's true! Each winter since 1985, the annual Christmas Bird Count takes place in Arizona (and across the country) - in circles - to monitor bird population numbers and species in their expected locations.

Circles are "drawn" over regions of the state to divide land in segments small enough to manage counting. In early December - counts take place Dec. 14 through Jan. 5 - Arizona volunteers are offered a free bird counting orientation (courtesy of the Arizona Field Ornithologists) so they know what to expect and what to do when at their assigned location.

Volunteers of all skill levels can participate in one or more circles and choose the amount of time they want to spend in nature. "Some volunteers choose to count birds in remote destinations, their neighborhood park or in their own backyard - every little bit helps," said Chrissy Kondrat, a biologist for the Arizona Game and Fish Department.

The Christmas Bird Count helps wildlife managers and biologists look for patterns and find differences from previous counts - some species may not be seen in their usual habitat or numbers may be low compared to prior years. The noted changes help biologists assess bird populations that drive conservation actions.

By the end of October each year, Christmas Bird Count circle locations and registration information is posted to the azfo.org website where volunteers are encouraged to sign-up. They can attend counts with registered family and friends and will learn from experienced bird count coordinators and volunteers.

John Hervert, terrestrial wildlife program manager for the Arizona Game and Fish Department, believes it takes many people cooperating with each other to achieve conservation goals.

He should know - he's worked more than 37 years for the department.

"I worked as a biologist for the University of Arizona for five years prior, and I worked one year in Yuma - in my opinion, working in Yuma should count as two years due to the extreme heat," Hervert said.

His weekly responsibilities change frequently and include monitoring southern Arizona water catchments after a storm to see if they're operating properly, and surveying units for pronghorn by airplane, reporting what was seen and documenting the results afterward. Most of the catchments he monitors provide water for deer and bighorn sheep, and a few provide hydration to Sonoran pronghorn.

"I became interested in this work at the age of 8 after my first encounter with an Arizona game ranger on a hunting trip with my father and brother. I asked my dad, 'What do they do?' I thought they were cool and looked like cowboys," Hervert said. "Since then, I have wanted to work in this capacity."

Hervert said the public would be surprised at just how much wildlife managers learn every day from their work in the field. He likes to try new approaches and experiment as much as possible. "My favorite part of the job is seeing wildlife use a waterhole in the Sonoran Desert, knowing the role we play makes this possible."

When asked how he would advise someone wanting to work in the same profession, Hervert said that finding a mentor is key. 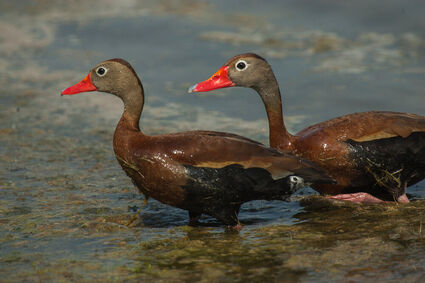 "I had mentors who guided me to where I am today. It's crucial. Arizona Game and Fish is eager to work with new people who are interested in wildlife conservation." He suggests volunteering first and then focusing on animal physiology studies to learn "what makes animals 'tick,' how they adapt, and why they exist where they do."

One of Hervert's greatest memories on the job includes "capturing Sonoran pronghorn from a helicopter, placing radio collars on them and letting them go." He said handling live wildlife "is always a treat," even though on occasion the animals cause minor injuries to the team. "Laughter always reduces the pain."

Spoken like a special kind of cowboy - one who's home on the range to help wildlife.