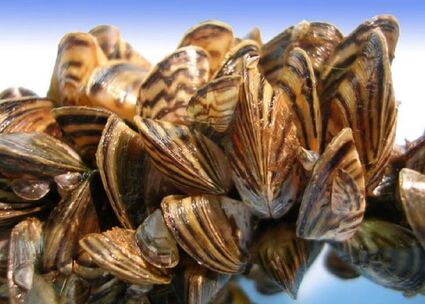 The Arizona Game and Fish Department (AZGFD), along with Wildlife agencies across the country, are urging pet stores and aquarium owners to take action now to contain any "moss ball" plants designed for aquariums after invasive zebra mussels were found on these products in Arizona as well as other states. This is a national invasive species emergency and evolving situation.

Arizona officials were alerted about this situation after reports from the State of Washington indicated zebra mussels were discovered attached to a moss ball plant at a local Petco store. The moss balls are a species of algae that form green balls up to a few inches in diameter and are sold as an aquarium plant under names such as "Beta Buddy Marimo Balls," "Mini Marimo Moss Balls," and "Marimo Moss Ball Plant." They may be sold separately or provided with the sale of Betta fish. These moss balls are believed to have been imported from the Ukraine, where the zebra mussels are a native species, and distributed across the U.S.

The concern is the zebra mussels that have been distributed with the moss balls can be easily overlooked. The larval life stage of the mussels (veligers) are microscopic. The water the moss balls are in can contain viable veligers and adult mussels, which if released into Arizona's waters can have devastating consequences.

"Zebra mussels can pose a significant risk to Arizona's waters, so we urge anyone who may have recently purchased these products to follow disposal directions and most importantly, not to release the plants, mussels, or contaminated water into any drain or water source, including streams, canals, ponds, and lakes" said Julie Carter, AZGFD Aquatic Wildlife Branch Chief.

The Arizona Game and Fish Department urges anyone that purchased the moss balls from any retailer to Destroy! Don't Dump!

Destroy In One Of Three Ways:

• Freeze: Place the moss ball into a sealable plastic bag and freeze for at least 24 hours.

• Boil: Place the moss ball in boiling water for at least 1 full minute.

• Bleach or vinegar: Submerge the moss ball in chlorine bleach or undiluted white vinegar for 20 minutes.

Dispose of the moss ball and any of its packaging in a sealed plastic bag in the trash. If vinegar, boiling water, or bleach was used, the liquid can be disposed of down a household drain - never down a storm drain, where it could enter and damage local waterways. Do not dispose of the moss balls in drains, waterways, or gardens.

Collect any fish or other living organisms and place them in another container, with water from a separate, uncontaminated water source. Sterilize the contaminated aquarium water by adding ¼ teaspoon bleach for each gallon of water. Let the water sit for 10 minutes and then dispose of the sterilized water down a household drain.

Clean the aquarium and accessories using one of the following methods, ensuring that the disposal method you choose is in accordance with manufacturers' recommendations:

- Use water that is 140 degrees F to flush and coat the tank and all accessory surfaces for at least one minute, or

- Submerge the moss ball in 1 cup of chlorine bleach per gallon of water for 10 minutes or undiluted white vinegar for 20 minutes.

- Soak the aquarium, substrate, rocks, décor, and filter media in the bleach water solution for 10 minutes.

- Rinse off all items prior to setting up the aquarium.

- Dispose of the previously used filter media and replace with new media.

- Use a dechlorinating product to neutralize any residual chlorine prior to reintroducing aquatic life.

It is recommended that you do another water change within a week and continue to monitor the tank for any unusual or unexpected aquatic life.

Pet stores are urged to remove the product and any aquaria that have come into contact with the moss balls and quarantine them until further notice. The Arizona Game and Fish Department is working closely with other state agencies to remove the product from shelves until the best course of action can be taken. Guidance for the pet industry is in development and will be released soon.

What Risk Do Zebra Mussels Pose?

Zebra mussels are invasive freshwater mollusks. They are small, but very destructive. Although they have not yet been detected in Arizona waters, they are similar to invasive quagga mussels, which were first detected in Arizona in 2007. Both can quickly become established in a waterbody and cause millions of dollars in damage to boats and water intake pipes while creating significant ecological harm to native mussels, fishes, and other aquatic Wildlife.

As such, the help of the public is needed to maximize efforts to prevent the introduction and establishment of these destructive mussels in our state. 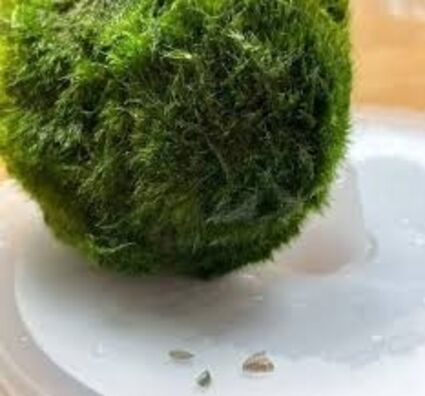 "Currently, there is not a known established population of zebra mussels in Arizona waters, and the public's cooperation is necessary to keep it that way. These steps will help prevent invasive species from spreading and ensure we protect Arizona's waters for ourselves and future generations," said Kate Dukette, AZGFD Aquatic Invasive Species Coordinator.

The Arizona Game and Fish Department is working together with other state and federal agricultural and Wildlife agencies to address this development. More information will be provided as it becomes available.

For more information on invasive mussels and other aquatic invasive species, visit http://www.azgfd.gov/AIS.