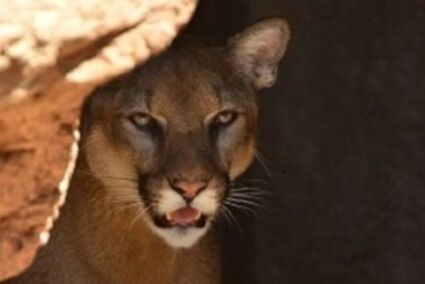 The Arizona Game and Fish Commission, through its authority to regulate the take, handling, and possession of Wildlife, approved the Notice of Final Rulemaking regarding rules for possessing live Wildlife at a public meeting Dec. 4.

This important update to the Commission's rules will help to protect Arizona's native Wildlife and enhance public safety.

This body of regulations is critical to the protection of Arizona's diverse native Wildlife species from population level threats, such as the release of non-native species or the possible spread of disease. Once introduced, Wildlife can cause incredible damage to habitat such as that brought to the Florida Everglades by the Burmese python.

Included in this body of regulations are important items such as -

• Licensing of environmental consulting companies and universities capturing Wildlife for research purposes; and

• Restrictions for possession and breeding of dangerous or exotic Wildlife species such as tigers, monkeys, and other species rarely seen outside of zoos.

The Commission also approved modifications to update the Private Game Farm License as it applies to non-native or dangerous exotic animals that could pose a threat to native Wildlife and public health and safety. The current language of the rule authorizes the possession, sale, and use of mammals listed as "restricted live wildlife," including anteaters, armadillos, moose, primates (apes, chimpanzees, gibbons, gorillas, etc.) sharks, sloths, weasels, wild cats (jaguars, leopards, lions, Lynx, ocelots, servals, and tigers).

In addition to the risks of accidental release and injury, the coronavirus has demonstrated that the risk of zoonotic disease originating from captive live Wildlife can have dire public health consequences. In light of these concerns, the Commission took action to remove mammals from the Private Game Farm License. The breeding and sale of these species in Arizona will be limited to the holders of a zoo license.

To track the progress of this rule, view the regulatory agenda and all previous five-year review reports, and to learn about any other agency rulemaking matters, visit https://www.azgfd.com/agency/rulemaking/.