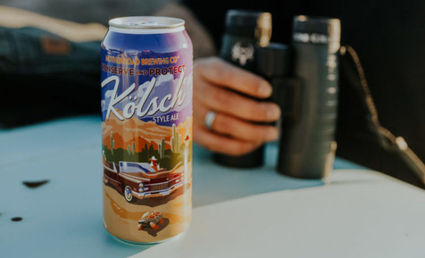 In recent years, the Arizona Game and Fish Department has been looking to work with organizations on the ground level to support its conservation efforts. And as it turns out, Flagstaff's Mother Road Brewing Company had a similar interest.

Last year, the Northern Arizona microbrewery repackaged its kölsch-style ale as the limited-edition Conserve and Protect Kölsch Style Ale, with a portion of the proceeds from draft and can sales going to AZGFD conservation efforts.

The collaboration proved so successful-raising $10,000 in 2019-that the Flagstaff brewery and environmental organization have decided to extend their partnership, with plans to sell three different cans across the seasons this year.

"The department was looking, and we've been looking for some time, for innovative ways to expand our audience and our customer base for wildlife conservation," explains Laura Canaca, AZGFD division coordinator for information, education and wildlife recreation.

"We had been talking about a collaboration like this for some time, probably for more than a couple of years, so when we found out that Mother Road was interested in doing sort of a conservation collaborative, we jumped at the chance."

The public-private collaboration is the first of the sort, as far as Canaca is aware. She calls it a "win-win for wildlife in Arizona," because AZGFD receives no tax dollars, with funds generally earned through sales of hunting and fishing licenses, tags or stamps, as well as a federal excise tax on firearms, ammunition and sporting equipment. Canaca says the organization also participated with Mother Road at the Arizona Strong Beer Festival.

"Mother Road is a local Arizona craft brewery," explains Oliver Adams, the brewery's director of people and culture. "One of the things that makes our state, which we take a lot of pride in, so unique is how biodiverse it is and the different outdoor recreation opportunities that we have.

"And, as a team here, our team of almost 40 here in Flagstaff, part of the reason why we live here is because we enjoy the outdoors so much. And, the function of beer, our mission, is to build community one pint at a time; and this is a community that we certainly wanted to help build."

Regardless of success, Canaca recalls that the organization knew from the beginning it wanted to use the entirety of the funds donated by Mother Road for on-the-ground wildlife conservation. The department works with over 800 species of wildlife. The three specific areas AZGFD is targeting with Mother Road are the desert tortoise, the Mount Graham red squirrel, and wildlife corridor research.

"We're actually going to move forward in 2020 with a desert tortoise research project," Canaca elaborates. "The desert tortoise is important for Game and Fish to monitor and research habitat and understand where their populations are. We want to make sure we keep that species off of the federal threatened and endangered species list. And we've been successful in doing that and we want to make sure that we continue to be successful."

Last year's redesigned can depicts two people fly fishing beside a pickup truck at Lee's Ferry on the Colorado River. That can will return to shelves from May through August, Adams says.

In the meantime, however, consumers can purchase cans depicting two people stepping out of a car, one taking a picture while a desert tortoise sits on the road ahead. This can was unveiled in January and will remain on shelves through the remainder of April.

From September through December, the brewery will roll out a third can, the details of which are still being planned.

"We're working on the design right now," Adams hints of the fall/winter release. "It's going to be mountains and big game."

Using what Adams calls a talented team of artists, Mother Road had several criteria for the cans: include an iconic Arizona scene showcasing its diverse climate; spotlight an activity like hunting, fishing or wildlife viewing; and showcase a "cool car."

"That's Mother Road. That's our ethos-is motoring," Adams says of the latter. "Mother Road means Route 66, the mother of all roads, and each of our cans has a different vehicle on it."

Because Canaca says AZGFD had no expectations for how well the partnership would do with consumers, last year's success seemed to be a pleasant surprise. So, the company and organization are moving forward for the foreseeable future, she adds.

"We realized that people do respond well to this. They understand the win-win," Canaca says. "Folks are really passionate about on-the-ground conservation and making sure we have these resources for generations to come."