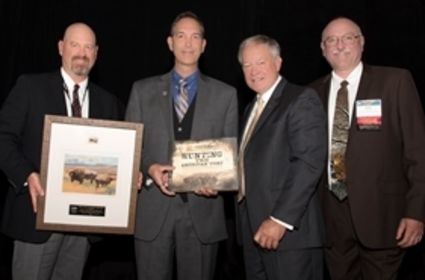 The Association of Fish & Wildlife Agencies (AFWA) recently recognized three individuals from Arizona as well as the Arizona Game and Fish Department (AZGFD) for their dedication to advancing Wildlife conservation. The awards were presented at the association's annual awards ceremony held in late September in St. Paul, Minn.

AZGFD Hunting and shooting sports Program Manager doug burt and the Arizona Game and Fish Department received the Boone and Crockett Award, which honors an agency and team leader for outstanding achievement in promoting and encouraging outdoor ethics. Burt's personal character and ethics, along with his unique ability to build trust among partners and channel efforts into decisive action, allowed the Game And Fish Department and its sportsmen's/outdoor partner groups to have a great impact on the state's recruitment, retention and reactivation (R3) efforts.

"The credit really goes to the outstanding statewide collaboration of NGOs, rod and gun clubs, and youth development organizations rallying around hunter R3 long before it was called R3," said Burt. "We are only able to conduct our wide range of youth and mentoring events because of the active participation, support, and leadership from our partner organizations."

Pete Cimellaro received the John L. Morris Award, which recognizes a lifetime commitment to fish and Wildlife stewardship by citizen conservationists who have exhibited exemplary leadership at the highest level and demonstrated a steadfast commitment to large-scale natural resource challenges.

Cimellaro's interest in Wildlife is varied, but one of the species he is passionate about is wild sheep. At one time, bighorn sheep in Arizona were extirpated from almost 75 percent of their historical range and numbered about 1,000. Thanks to the efforts of sportsmen's/conservation groups working in partnership with the Arizona Game and Fish Department, bighorn sheep now roam most of the state and number more than 6,000.

This took a huge amount of commitment from Cimellaro that reaches well beyond the time he spent in leadership roles with the Arizona Desert Bighorn Sheep Society and Wild Sheep Foundation. Some of the other conservation groups he was instrumental in organizing are the Arizona Deer Association, Arizona Antelope Foundation, and Arizona Sportsmen For Wildlife Conservation.

Chris Parish, Director of Global Conservation for The Peregrine Fund, received a Special Recognition Award. The Peregrine Fund works worldwide to prevent raptor extinctions, protect areas of high raptor conservation value, and address landscape-level threats impacting multiple species. Parish works tirelessly to develop partnerships between non-profit organizations and other management agencies, and he has not forgotten that the individual sportsmen and women are the most important partners to gain in this effort.

He works diligently to understand issues and to create a culture where voluntary change can occur. His commitment to Wildlife and the ideals of the North American Model of Wildlife Management are exemplified in every aspect of his professional and personal life. 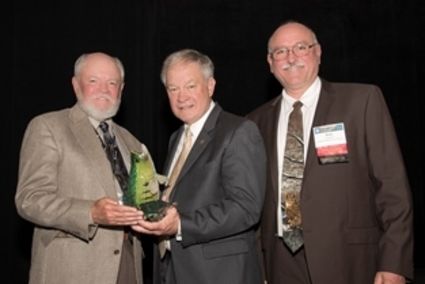