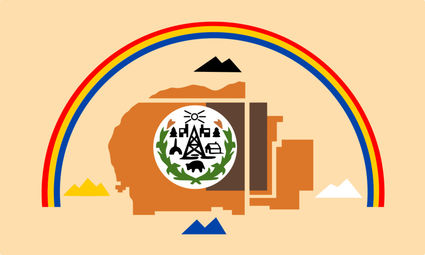 Flag Of The Navajo Nation

Whether it's the full hide of a fallen bear, an empty tortoise shell, antlers shed onto the forest floor or a found eagle feather, wildlife binds Arizona's Native American tribes to the world around them.

In recognition of that rich cultural history, the Arizona Game and Fish Department (AZGFD) formalized a repository program that allows wildlife managers and staff to collect, inventory and properly store items found in the field that can be donated to and used by the state's tribes.

"Wildlife plays a critical role in Native American culture and the Arizona Game and Fish Department is pleased to honor these multi-generational traditions by forming the Non-Bird Wildlife Repository," said Jim deVos, AZGFD assistant director for wildlife management. "This program allows the department to honor our state's Native American traditions and further the appreciation for Arizona's wildlife."

AZGFD partnered with the non-profit Native American Fish and Wildlife Society, an organization that represents professional wildlife managers on tribal lands, to purchase four freezers for the department to store carcases and other items found in the field or confiscated after being illegally harvested.

"We've also received requests for full deer pelts with antlers, antelope and badger carcasses among other wildlife remains - all of which are ultimately used by tribal members for ceremonial purposes. Repository items can also be directed to support public outreach and to educate children about Arizona's wildlife. These are all items that may have otherwise been discarded, if there was no other use found for them."

AZGFD has worked with and given items to the Navajo Nation and Hopi Tribe after receiving requests seeking specific items. 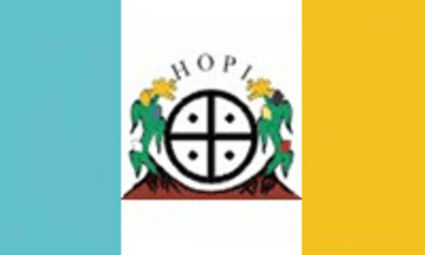 Flag Of The Hopi

"The Hopi are a resourceful people," said Clayton Honyumptewa, director of the Hopi Tribe Department of Natural Resources. "The Hopi people harvest animals for their holistic and comprehensive use, ranging from consumption as food to assimilation in spiritual and ceremonial functions; no part of the animal is squandered or discarded."

For Hopis, Honyumptewa continued, "the ultimate veneration of any animal is through its use in ceremonies and prayers conducted for the renewal and continuation of life. The carcasses that the Hopi Tribe receives from the Arizona Game and Fish Department enable the Hopi people to honor these animals by offering them in our prayers to life's eternal cycle."

Model For Other States

wildlife agencies. Tribes interested in partnering with the program can email jcooley@azgfd.gov for more information.