California Condors To Be Released

The public is invited to the release of the Endangered California Condors. This will take place on Saturday, Sept. 22 at Vermilion Cliffs National Monument.

There is nothing quite as iconic in the western United States as a California Condor soaring over the red-rock-canyon landscapes of northern Arizona and southern Utah. Thanks to people working together to recover this species, condors have become a fixture in southwestern skies.

On National Public Lands Day this year, the public is invited to join the recovery effort by witnessing first-hand a spectacular release into the wild of several captive-bred young condors. California Condors will be released by The Peregrine Fund atop the spectacular cliffs in Vermilion Cliffs National Monument in northern Arizona at 11 a.m. Saturday, Sept. 22.

The public is welcome to observe the release from a viewing area where spotting scopes provided by partners and Swarovski Optik will be set up and project personnel will be available to answer questions.

• Driving Directions: Take Highway 89A from Kanab or Page to the Vermilion Cliffs (from Flagstaff take Highway 89 to Highway 89A). Turn north onto BLM Road 1065 (a dirt road next to the small house just east of the Kaibab Plateau) and continue almost three miles.

• Details: Informational kiosk, shade structure, and restroom are at the site.

This will be the 23rd annual public release of condors in Arizona since the southwest condor recovery program began in 1996. Condors are produced at The Peregrine Fund's World Center for Birds of Prey in Boise, Idaho, the Oregon Zoo, Los Angeles Zoo, and San Diego Zoo Safari Park and then transported to release sites annually for release to the wild. 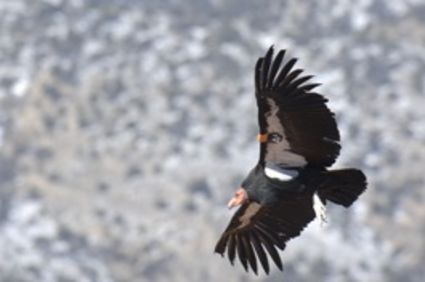 The Arizona-Utah recovery effort is a cooperative program by federal, state, and private partners, including The Peregrine Fund, Arizona Game and Fish Department, U.S. Fish and Wildlife Service, the Bureau of Land Management's Vermilion Cliffs National Monument, Grand Canyon and Zion national parks, Utah Division of Wildlife Resources, and Kaibab and Dixie national forests among many other supporting groups and individuals.

For more information about California Condors in Arizona visit http://www.peregrinefund.org/condor.