Nearly 1,100 Reports Came Into The 24/7 Program To Protect State's Wildlife

AZGFD's operation game thief program says "Poachers are criminals." If you talk to any of the Arizona Game and Fish Department's Wildlife managers, you're likely to hear that phrase repeated as they go about their work as part biologist, part law enforcement officer.

At the heart of the effort to eliminate and investigate poaching is the Arizona Game and Fish Department's operation game thief program, a silent witness initiative that encourages the public to report information or suspicious activity.

Last year, more than 1,000 calls came into the operation game thief hotline (1-800-352-0700) as well as 75 submissions via the online form. Those reports contributed to 76 citations being issued statewide for Wildlife issues including the illegal take of big game, fishing violations and the unlawful killing of raptors.

"Poachers are thieves. They do not represent the hunting community, and the majority of the reports come from hunters and anglers who are out in the field and witness suspicious activity," said Scott Fischer, program manager for operation game thief. 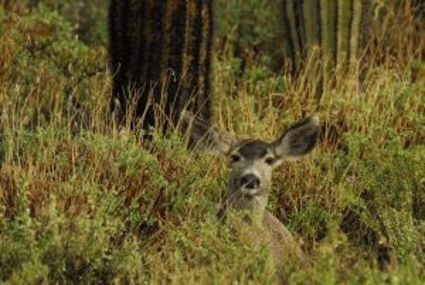 "The hunting community does a great job of policing itself. If you see something, say something. Together we can make a difference for Arizona's wildlife."