Capt. Joe Dutra of Hornblower Cruises said he'd never seen anything like it. 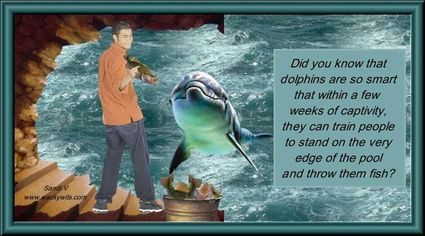 Thousands of dolphins spanning across 7 miles of ocean were sighted off the coast of San Diego on Thursday, a boat captain told NBC 7 San Diego.

Capt. Joe Dutra of Hornblower Cruises said he saw a "super mega-pod" of common dolphins Thursday around noon while he was on his daily tour. He said the pod was more than 7 miles long and 5 miles wide.

Dutra said the boat tour followed the pod for more than an hour and said he's never seen anything like it.

"When you see something that is honestly truly beyond belief," the captain said.