A recent peer-reviewed scientific paper re-affirmed the historical range of the endangered Mexican wolf as being southeastern Arizona, southwestern New Mexico and the Sierra Madre Mountains in Mexico.

The paper was the featured article published in the July issue of The Journal of Wildlife Management, a leading international Wildlife science journal. The authors - each reputable experts in their respective fields - included a skull morphologist, internationally known geneticist, and an Arizona Game and Fish Department biologist.

In the peer-reviewed paper, they use ecological, physiographic and morphological data to clarify the Mexican wolf's historical range.

"Most sources prior to the mid-1990s were in agreement and defined the historical range of the Mexican wolf as southeastern Arizona, southwestern New Mexico and portions of Mexico," the paper states. "Of this historical range, 10 percent occurs in the United States and the remainder in Mexico."

Historical data show other subspecies of wolves roamed the Southwest, but each differed from the smaller, distinctive Mexican wolf, which was found in southern Arizona and New Mexico and southward deep into Mexico. The data also illustrate that Mexico is critical for wolf recovery, given that 90 percent of the animal's historical range and extensive high-quality habitat is found south of the border.

To aid Mexican wolf recovery, the U.S. Fish and Wildlife Service included a 200-mile buffer north of the animal's core historical range. The boundary was included in the 1996 federal environmental impact statement, which expanded the range into central Arizona and New Mexico.

"Rather it should respect original descriptions that were made when the animal was still present on the landscape...Clarifying the historical range of the Mexican wolf accurately will be foundational to developing a scientifically defensible recovery plan," the paper states.

"Allowing establishment of Mexican wolves north of their historical range before they are recovered could lead to genetic swamping and the potential destruction of the uniqueness for which the Mexican wolf was listed," he said. "That would undo decades of efforts to return 'El Lobo' to the Southwest." 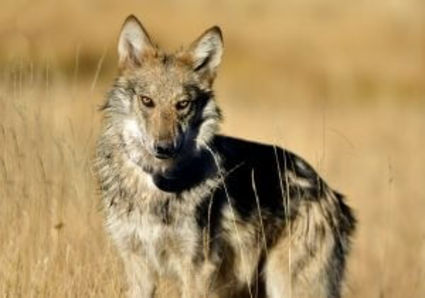 The Arizona Game and Fish Commission and Department have been at the forefront of Mexican wolf recovery for more than 30 years.

There were a minimum of 113 wolves in the wild in Arizona and New Mexico at the end of 2016, according to a survey by the Mexican Wolf Interagency Field Team. The survey found that there were 63 wolves in Arizona and 50 in New Mexico. This represents a more than doubling of the population since 2009.