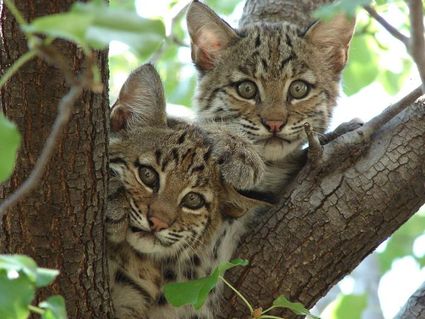 The Arizona Game and Fish Department (AZGFD) has seized a deer, bobcat and javelina since early last month that were illegally taken captive while young by Tucson area residents and reared as pets.

The mule deer buck was taken to the AZGFD Wildlife Center in Phoenix for treatment, and then will go to Bearizona in Williams. The bobcat was placed at the Arizona Sonora Desert Museum, and the javelina moved to the Southwest Wildlife Conservation Center in Scottsdale.

Taking captive and holding young Wildlife is illegal take of Wildlife, and illegal possession of restricted Wildlife, in addition to being a public safety hazard. Circumstances warranted issuing only warnings in these cases.

"In the majority of cases, it is best to leave all baby Wildlife alone. People's desire to help seemingly abandoned animals can have unintended negative consequences," said Regional Supervisor Raul Vega of Game And Fish in Tucson. "Although it seems humane to 'help' or 'rescue' baby animals perceived to be in need, Wildlife reared in captivity by humans -- without the benefit of learning from their parents - have a greatly reduced chance of survival if they are released back into the wild."

In most instances, baby mammals should be left in place, untouched, unless obviously injured. Although they may appear orphaned, baby mammals are typically left alone by their mother for long periods of time while she forages for food and water.

Baby mammals that are immobile and at immediate risk of injury can be moved, if necessary, to a safe location nearby that provides appropriate cover. The mother will likely find the relocated baby by smell or hearing and continue to provide care, provided that people and pets stay away. 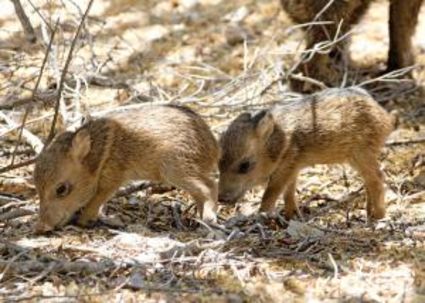 If a well-meaning person separates a baby mammal from its mother, it may result in euthanizing the animal unless a zoo or shelter can take it. Chronic Wasting Disease (CWD) in deer further complicates the issue, as a possessed fawn is suspect because Game And Fish cannot verify that the animal is not from a state where the disease occurs.

CWD, similar to Mad Cow Disease, is a fatal neurological condition. There have been no cases in Arizona, but there have been in nearby states.

For more information, the public can visit http://www.azgfd.gov/w_c/urban_injured_sick.shtml for more tips and a list of licensed Wildlife rehabilitators in Arizona.