John (known as Jack) was born on June 18, 1928 in Wayne, Nebraska, the son of Ethel and Lloyd Fitch. Jack was a gifted student and completed high school in three years before going on to earn his degree in mathematics from 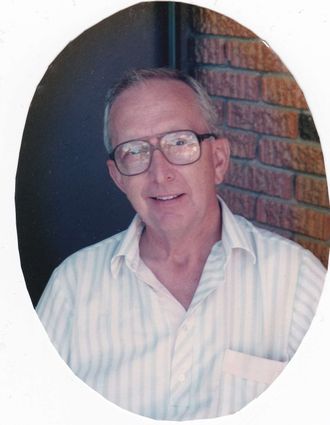 If desired, honoring donations may be made to http://furandfeather.org/.

Wayne State Teacher's College. He served in the National Guard. Jack eventually became a court reporter. In the 1950s, he moved to Omaha and worked for Douglas County District Court judges Newkirk and John C. Burke, before going on in the 1970s to work for Judge Albert Schatz and Judge Lyle Strom of the United States District Court. Jack was known for his professionalism, integrity and good humor. He was a devoted son and uncle, helping to raise his sister Margie's children. Upon retirement, he moved to New Mexico and in recent years, has been living in Phoenix, Arizona. He is survived by his nephew James Allen and nieces Leslie Thornton and Lynn

A family gathering was held in Jack's honor at the Watershed restaurant in Tempe. Jack enjoyed many visits to the Watershed.