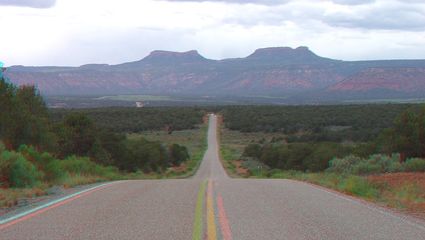 BEARS EARS -- This is a view of Bears Ears from Utah Highway 261.

"Once again, President Obama has put the needs of special-interest groups like the Sierra Club, the Center for Biological Diversity and the Center for Western Priorities ahead of the needs of hard-working Americans," said Chairman Gosar. "No one man should be able to unilaterally lock-up millions of acres with the stroke of his pen, especially in the face of overwhelming local opposition. An overzealous, unaccountable bureaucracy operating in overdrive during its waning days is no way to govern.

"As Chairman of the Congressional Western Caucus, I will work with the Trump Administration to undo these land grabs and reform the outdated Antiquities Act in order to prevent this type of abuse from ever occurring again."

"Chairman Emeritus Rob Bishop released this video statement and stated, "The announcement perpetuates two egregious lies. The first being that the size of the monument parallels the Public Lands Initiate. That is not true. The administration is grasping at arguments to justify a lame duck administration's efforts to do things contrary to the will of the people who live in San Juan County. The second lie is in the creation of a faux commission to give management authority to Native Americans.

"This is a diversion. The Utah delegation wants to give management authority to Native Americans; the administration can't. Only Congress can legally do so. This administration over promised, failed to deliver, and is now trying to hide its ineptitude."

"This midnight monument is a slap in the face to the people of Utah, attempting to silence the voices of those who will bear the heavy burden it imposes. It does not have the support of the Governor, a single member of the state's Congressional delegation, nor any local elected officials or state legislators who represent the area. We will work to repeal this top-down decision and replace it with one that garners local support and creates a balanced, win-win solution," said Congressman Jason Chaffetz.

"The creation of the Bears Ears National Monument marks the second time in the recent past that a president has used the Antiquities Act to lock up millions of acres of land in Utah without daring to set foot in the state. I am disgusted by the process and will fight this monument with every tool at my disposal, including through the appropriations process," said Congressman Chris Stewart.

"By unilaterally designating the Bears Ears area of San Juan County a National Monument, President Obama has undermined the economy and lifestyle of the people who live there, the religious interests of the Native Americans who reside in San Juan County, and ignored local authority. Again behaving more like a dictator instead of a representative of people, he ignored Utah, which is united in opposition to this action. I join our delegation, state officials and the people of Utah in the pledge to use every tool in our arsenal to undo what he has done, and restore the blessings of freedom he wants so badly to remove from us in his final days," said Congresswoman Mia Love.

There is no significant local support for the Bears Ears designation as the locally elected county leaders, state legislators, governor, and federal delegation are all united in opposition to this monument. In addition, Commissioner Rebecca Benally, the only Navajo who holds elected office in Utah, recently appeared before the Natural Resources Committee to testify in opposition to the monument.

A viable legislative alternative available in HR. 5780, the Public Lands Initiative, passed the House Committee on Natural Resources in September of this year.

Congressman Chris Stewart passed an amendment through the House of Representatives to block the Bears Ears National Monument, the Gold Butte National Monument and other proposed monuments where there is significant local opposition earlier this year.

Congressional Western Caucus Chairman Paul Gosar and several Caucus Members introduced H.R. 3946, the Protecting Local Communities from Executive Overreach Act, in order to prevent this type of abuse and require concurrence from local stakeholders in order to ensure a transparent process that involves the American people. This bill also would have blocked the Gold Butte National Monument in Clark County, Nevada.

The 1906 Antiquities Act stipulates that presidents can only declare monuments where "the smallest area compatible with the proper care and management of the objects" is protected. Locking-up more than 550 million acres hardly seems to fit this description.

National monument designations under the Antiquities Act typically have significant consequences that negatively affect grazing rights, water rights, wildfire prevention and other land management activities. These declarations also result in some of the most restrictive land-use regulations possible and also greatly impact hunting, fishing, OHV and other recreational activities.

Unilateral designations that circumvent Congress typically result in devastating consequences for rural America. These land grabs kill jobs and limit future economic prosperity. Such actions also exacerbate challenges for local communities to fund services like education and infrastructure as lands that are added to the federal rolls can no longer be taxed.

"Our state needs no further designations. Designations done by decree have already negatively impacted our state's ability to manage wildlife, held in trust for the people of Arizona and our nation. Proof of this fact is seen in the decline of desert sheep in the Sonoran Desert Monument, where access closures impeded our ability to maintain water catchments to grow these herds.

"Forest management also suffers in special designation areas, and my fear with the proposed designation is a catastrophic fire that would damage this area for more than a century. 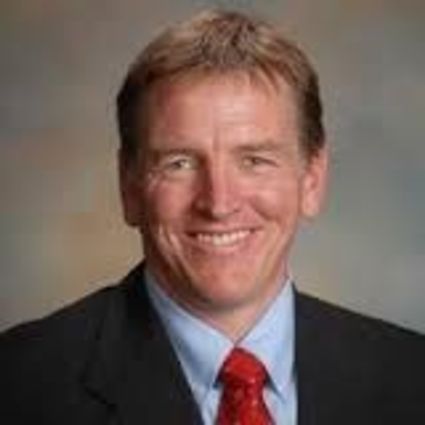 "If designated by the president in his waning hours, Arizona will take every step necessary - legally and legislatively - to stop it. My hope is that the president respects our wishes."

Note: The Arizona Game and Fish Commission opposes establishment of this unneeded national monument in Arizona ... [and] the loss of multiple-use public lands due to special land-use designations.