The Arizona Game and Fish Department has transferred two bear cubs to Out of Africa Wildlife Park following an incident that resulted in an adult female bear's being killed.

On an early September Sunday, Game and Fish received a call that an adult bear, unprovoked, charged an archery deer hunter from a distance of about 20 feet. The hunter shot the bear with a handgun at close range in self-defense.

Department officers responded to the area where they discovered the bear's two cubs that were too young to survive on their own. The hunter cooperated fully with the investigation and was shaken up by the experience. Department officers captured the cubs and held them until they could be placed at Out of Africa. 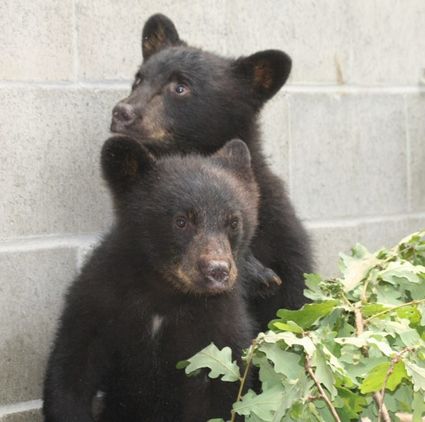 "All evidence at the scene supports the hunter's account that the bear was charging. It's very possible that if he had not shot the bear, he would have been seriously injured," said AZGFD Field Supervisor Larry Phoenix. "Bears are top-level predators and are capable of seriously injuring or killing humans."

"Bears are very difficult to place in permanent facilities, so we are pleased that Out of Africa was able to find space for the two young cubs," added Phoenix.

In order to keep wildlife wild, AZGFD reminds Arizonans of the following:

Be aware of your surroundings at all times.

When encountering wildlife, stay a safe distance away and do not encourage interactions.

Don't feed wildlife, and avoid any animals that are behaving in an unusual manner, such as approaching humans.

Report aggressive or unusual wildlife behavior to the Arizona Game and Fish Department at 623-236-7201, 24 hours a day.