The Arizona Game and Fish Department and Liberty Wildlife released four orphaned baby great horned owls Aug. 3. The owls were rescued after their mother was shot in March by a homeowner in Tolleson. The owlets

were raised with the aid of a foster female great horned owl at Liberty Wildlife with the goal of preparing them for releasing. The owls were released at Robbins Butte Wildlife Area, a remote area about seven miles southwest of Buckeye. 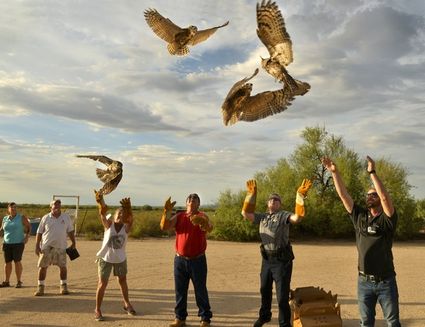