'The End Of The World As We Know It' 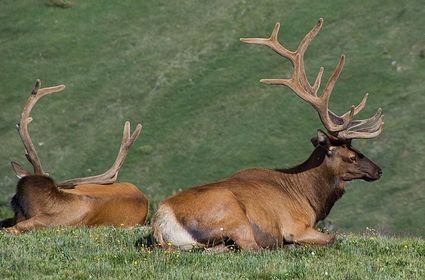 The annual hunting season, long declared to be barbaric by the social media watchdogs, was officially cancelled today by the Arizona Species Specialists, a group of environmentally sensitive and morally conscious individuals who report to the chair of the Prohibited Actions On Public Lands Committee.

While the demise of the hunting practice has long been predicted, today's announcement came as a mild surprise to those who had hoped that the recreational activity might hold on for a few more years. The following is a re-cap of events that precipitated the announcement.

We Should Have Seen It Coming

In 2016, then President Obama declared over 1.7 million acres of the Grand Canyon area to be declared a National Monument. Not satisfied with the restrictions imposed on land use by the monument designation, members of the Sierra Club, Center for Biological Diversity and Defenders of Wildlife filed suit in federal court in 2017 to have access denied to all but bird watchers, sightseers and certain government officials. Their claims of "Monument Degradation" was the first step in the cornerstone of limited access to public lands.

In 2018, the Horses Forever group filed suit in federal court to have more open spaces for the Wild Horse and Burro Act. The judge, upon hearing that no one could prove that the horses were not long lost descendants of the Spanish Conquistadors, found in favor of the Horses Forever group and declared that the whole of Arizona and Nevada that was not within designated city limits be declared open range for horses and burros.

The decision was challenged in court by the then Arizona Game & Fish Department but ultimately the Supreme Court found in favor of the plaintiffs and virtually all of Arizona and Nevada became refuge land for wild horses and burros.

In 2022, with water in extremely short supply, the President of the United States declared that while Congress had debated for years, he was declaring a state of emergency for the entire Southwest. The states of Texas, New Mexico, Arizona, Nevada and California were placed on population-reduction quotas that mandated within a five (5)-year time frame, the populations needed to be reduced by more than 20 percent.

The general consensus at the time was that sustainability graphs proved the entire Southwest could not survive without population reduction. Included in the population counts were all people and animals that weighed over 100 pounds. The carrying capacity index that the government installed in 2020 showed that the Wild horse and Burro Act took precedence over most other Wildlife and particularly non-essential Wildlife such as deer and elk.

With the enforcement of the Endangered Species Act regarding Mexican gray wolves and Northern gray wolves, fawn and calf survival rates plummeted for what had been large herds of deer and elk.

In 2024, the "Year of the Drought", Wildlife other than horses and burros, were effectively removed from all federal lands by federal sharpshooters. These were the same sharpshooters that culled over 500 head of bison/buffalo in 2017 from the Grand Canyon National Park. Senate and Congressional inquiries on how every single bison/buffalo had been culled have been ongoing for over 15 years.

The sharpshooters were able to lethally cull over 20,000 deer and elk within a single year. It had been determined in that same year that all hunting of predators was illegal and they were needed to remove what few animals remained in the wild on federal lands.

In 2025, The Center for Biological Diversity filed a massive lawsuit against the United States Fish & Wildlife Service. They had discovered that cell anomalies within snakes, lizards and certain plants meant that every individual snake, lizard and plant within a 200 mile radius of Phoenix was to be declared an "Endangered Species".

Reproductive anomalies created wide genetic variations within each species. Their lawsuit brought the total number of ESA species to a staggering 495 different species in Arizona alone.

The Fish & Wildlife Service agreed to place drone patrols over much of Arizona. Drivers of vehicles on asphalt roads are now required to give right of way to all rodents, snakes, and plants. Driving on gravel roads is prohibited on federal lands.

In 2027, the activity known as "hunting" was challenged by the group "We Are All Animals", or "WAAA" as they later became known as. In an unprecedented case, it was determined that there was no proven need to kill any animal outside of approved government "Compassionate Dispatch" shelters.

The Vegan Society proved that there was no need for consumption of dead meat and that all nutrients could be obtained through genetically modified plants, herbs and spices. It was the first time that hunting was challenged in court and the Supreme Court, that coincidentally had five justices who were avowed vegans, upheld the lower vegan court decision.

The Compassionate Dispatch centers now employ over 125,000 inmates from various penitentiaries around the United States to compassionately end life for all creatures that have lived their natural lives. Those lives have a pre-determined length based on species. The case, however, only applied to federal land animals.

In 2029, after years of dwindling economic support from killers/hunters, all Pittman Robinson monies that had previously been from the sales of hunting-related items were re-dedicated to support of the Wild Horse and Burro Act for Arizona and Nevada. With the advancement of technology, activated drones were capable of determining if armed humans were participating in attempting to perform hunting activities on federal lands.

Through presidential decree, those drones were armed with micro-chip darts that could not be removed from a person if implanted. Those few souls who attempted to hunt on federal lands and were found to have the chip fired into their person by the drones were sentenced to 20 years probation after five years of federal penitentiary lock up.

Humanities classes and sensitivity training for 60 hours per week were deemed minimum parts of their incarceration.

In 2031, state organizations cropped up that attempted to outlaw hunting on state lands. One of the more successful groups, "Humans and Animals in Harmony" (also called "HAAH") began a successful campaign in the state educational system where they showed that the activity of hunting was traced to a particular gene which could be altered in a child while the child was still in the mother's womb.

Efforts to identify the gene are still in clinical trial status, but hope is held that future generations of children will have the gene completely removed. The only complaints to date have been that those who had the gene removed are generally docile, complacent and frequently need reassurance that they are loved.

In 2034, the State of Arizona declared that the Arizona Wildlife Enhancement Division, formerly called the Arizona Game & Fish Department - which was financially destitute from lack of funding via license sales - be merged into the State Parks Division. All 36 employees, including those who count the few remaining deer and elk, are now Park personnel. 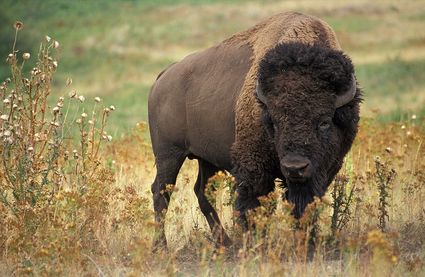 Their jobs will be to continue issuing citations for anyone who leaves either asphalt or paved roads in their all-terrain vehicles. Those vehicles, once numbering in the thousands, have plummeted since over 80 percent of Arizona has been declared National Monument land with little or no access for travel. A recent survey on the Web site Tellusallyourthoughts.com confirmed that over 95 percent of all residents approve of the transformation and that those who disagreed were either incredibly stupid or part of the crazy old timer generation.

Think this can't happen? Watch what the future holds for those who love to hunt. We are being systematically removed from that which we love to do and very few people are taking any actions to stop the freight train of political correctness.