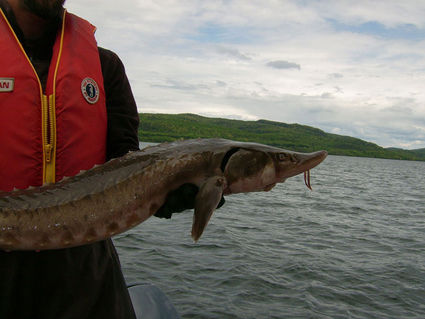 The Arizona Game and Fish Department, as part of its regular five-year review rulemaking process, has updated its Article 4 (Live Wildlife) rules. The new provisions became effective in December 2015 and were approved by the Governor's Regulatory Review Council.

The new provisions include some notable changes including the following:

• Removal of hedgehogs from the restricted live wildlife list to allow them as pets.

• Prohibitions on possession of any non-human primate species (including orangutans, chimpanzees, gorillas, macaques and spider monkeys) by private individuals without a special license, in an effort to protect public health and safety.

• Improved consistency between federal and state rules, for example listing all birds under the Migratory Bird Treaty Act as restricted live wildlife.

• Clarification of definitions and language, consolidation of some rules, and updating of references.

For more detailed information on the Article 4 changes, visit https://azgfdportal.az.gov/Agency/Rulemaking.

Scientists and local residents have eagerly awaited the fish's return since they were last seen in 2005. Surface flows along most of the Santa Cruz River originate from effluent (cleaned wastewater), and have historically been so polluted that no fish of any kind were found for several years and odor alone was a deterrent to recreation. Scientists believe that cleaner water is what led to the fish's return.

"We have seen such an improvement in water quality from a 2009 upgrade to the international wastewater treatment plant that we knew Gila topminnow would come back to the river. The endangered topminnow has been living in Sonoita Creek, upstream of the Santa Cruz River, and the Santa Cruz River in Mexico, so most likely floods washed them down. Now we need to ensure they survive and thrive long term," says Doug Duncan, fish biologist with the U.S. Fish and Wildlife Service.

"It's rare to have a native fish species re-appear and occupy its former habitat, so this rediscovery is significant for our efforts to recover imperiled fish species throughout Arizona," says Ross Timmons, topminnow recovery coordinator for the Arizona Game and Fish Department. "Without the ongoing monitoring of this partnership, it may have been some time before we realized they were back in the Santa Cruz River."

The implications of the endangered topminnow discovery extend far beyond Santa Cruz County, and even beyond Arizona. Many southwestern rivers and streams depend on effluent for continued flows. As water becomes ever scarcer in the Desert Southwest, the value of wastewater inputs will only increase.

"Historically, communities have discharged effluent into river channels out of sheer convenience," says Claire Zugmeyer, ecologist at the Tucson nonprofit Sonoran Institute, and long-time coordinator of the annual fish survey.

"Upgrades to wastewater treatment facilities pay substantial community dividends. As rivers bounce back to health, they provide rich oases for both people and wildlife. We are demonstrating that effluent is a key solution for keeping desert rivers alive."

Massive upgrades to the Nogales International Wastewater Treatment Plant have resulted in the elimination of odor, reduced levels of toxicity for fish, and a breakdown of the so-called "Schmutzdecke" (dirty blanket) - a clogging layer of algae and microorganisms that kept water from infiltrating into the groundwater table.

University of Arizona scientists found that this clogging layer was largely responsible for an eight-mile die-off of trees along the Santa Cruz River near Rio Rico in 2005.

"We are ecstatic to find Gila topminnow in the river again," says Sherry Sass of the Friends of the Santa Cruz River, an all-volunteer organization at the forefront of river health advocacy. "We have been tracking river health since the early 1990s. The ability of the river to support such a sensitive species speaks volumes about the river's recovery and its promise for the future." 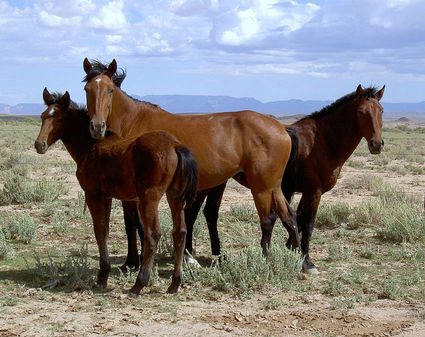 "Tumacácori National Historical Park is thrilled to share in the announcement of the return of Gila topminnows to the Santa Cruz River. The detection of this native fish species shows that aquatic conditions have improved remarkably in recent years, transitioning back to a state more closely resembling that encountered during the establishment of the Tumacácori mission," says Bob Love, superintendent at Tumacácori National Historical Park.