Fair Chase is the ethical, sportsmanlike and lawful pursuit and take of free-range wildlife in a manner that does not give a hunter or an angler improper or unfair advantage over such wildlife.

Fair Chase has been embraced as the proper conduct of a sportsman/sportswoman in the field and has been taught to new hunters for more than a century. It pays respect to the traditions of hunting and angling by emphasizing the development of an individual's skills rather than reliance on practices or technologies that overwhelm the quarry's ability to elude detection or take.

New technology developments impact almost every aspect of life, and sportsmen may wonder how hunting is affected as new equipment hits the market. Advances in technology are inevitable, and there always will be a better way to craft a bow, firearm or ammunition.

However, in terms of Fair Chase, the line is drawn when that advancement becomes unlawful or provides sportsmen with an improper or unfair advantage. As examples, three recent technological advances have been the smart rifle, drones, and exploding arrow tips.

Hunters in Arizona should be aware that -

• The smart rifle is unlawful for take by nature of its laser-supported sighting system;

• Unmanned aerial vehicles - drones - are aircraft and subject to the same rules as other aircraft;

• The exploding arrow tip or similar items may not be used in an archery or muzzleloader season because they are considered "explosive devices."

The Commission recognizes that development of new or improved technologies and practices can provide benefits to hunters and anglers by improving competency or increasing participation. However, it also believes that the pursuit and taking of wildlife should be managed to conform with the ethical standards of Fair Chase.

The Commission will monitor and give careful consideration to the Fair Chase implications of an emerging or evolving technology or practice.

The following criteria will be used to evaluate whether or not a new technology or practice is a Fair Chase issue:

• A technology or practice that allows a hunter or angler to locate or take wildlife without acquiring necessary hunting and angling skills or competency.

• A technology or practice that allows a hunter or angler to pursue or take wildlife without being physically present and pursuing wildlife in the field. 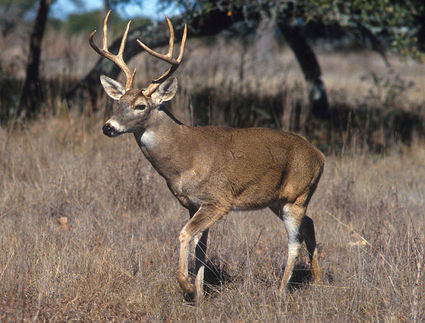 • Commission consideration of whether a given technology or practice should be limited or prohibited in the interests of preserving Fair Chase will be carefully weighed in an open public process.

The Importance Of Fair Chase

Public support of Fair Chase and ethical hunting is important to the survival of hunting and angling. These pursuits are the cornerstones of the North American Model of Wildlife Conservation and are the primary source of funding for conservation efforts in North America. The support of Fair Chase and respect for the traditions of hunting and angling are every sportsmen's responsibility. So remember, Hunt Hard, Hunt Fair.