A Growing Population of Mexican Wolves (https://youtu.be/IfMg24z1lsY). Producer: David Majure. Endangered Mexican wolves are making a comeback in Arizona and New Mexico. Watch as Wildlife managers count Mexican wolves to find out if 2014 is a record-breaking year. 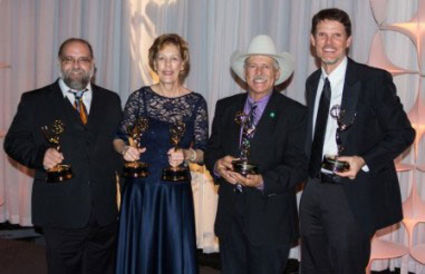 Check It Out On Sundays

arizona wildlife views is a half-hour original series produced by the Information Branch of the Arizona Game and Fish Department and hosted by Jim Paxon. The show airs on local PBS stations, city cable channels across the state and YouTube.

The current 13-week season is airing at 4:30 p.m. on Sundays on Arizona PBS Channel 8. Full episodes and individual segments can also be viewed on the Game And Fish website at http://www.azgfd.gov/video.