A Tragic Waste Of Wildlife 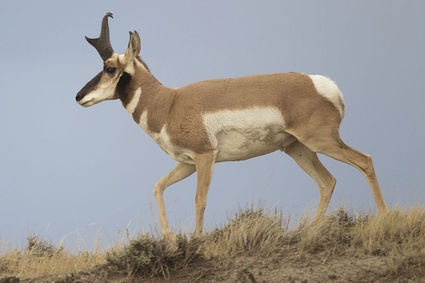 The Arizona Game and Fish Department is investigating an out-of-season poaching of a buck antelope, which took place at the beginning of November in Game Management Unit 7 West northwest of Flagstaff.

Game and Fish officers received information that a burgundy-red four-door Jeep Wrangler was seen leaving the area following a single shot from a high-caliber rifle and evidence at the scene indicates there may be another vehicle involved.

The buck was found near Forest Service Road 222B and Pipeline Road off Highway 180, approximately 8 miles northwest of Flagstaff. The poaching was reported by hunters in an effort to help the department to catch the suspected poacher(s).

Anyone with information about the case can call the Department's Operation Game Thief Hotline toll-free at (800) 352-0700 or use the online form at http://www.azgfd.gov/thief. Callers should provide case number 15-003570.

Callers may remain confidential upon request. A reward of up to $750 is being offered in this case for information leading to the arrest of the violator(s). To learn more about Operation Game Thief, visit http://www.azgfd.gov/thief. 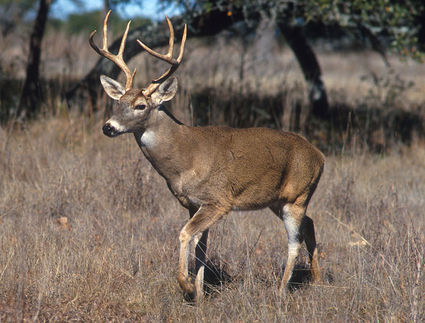 The Arizona Game and Fish Department is asking for the public's help in finding the person or persons responsible for the illegal killing of a whitetail buck that was shot approximately three weeks ago.

The buck was located in Game Management Unit 27 at the end of Forest Road 24U near Fish Bench. The entire animal, including the meat, was left to waste.

Anyone with information about this case can call the department's Operation Game Thief hotline at (800) 352-0700 or visit http://www.azgfd.gov/thief and refer to case #15-003594. Callers may be eligible for a reward of up to $500 in this case. All calls may remain confidential upon request.