Majure was recognized for his work on the department's arizona wildlife views TV show and received the following awards in the TV/Video contest categories:

Second Place - Hunting/Shooting Sports Category, "A Blast from the Past"

arizona wildlife views is a 13-week half-hour program that airs on PBS stations in Tucson and Phoenix, in addition to city cable channels statewide. The new season begins at 4:30 p.m. Aug. 23 on Arizona PBS channel eight in Phoenix. 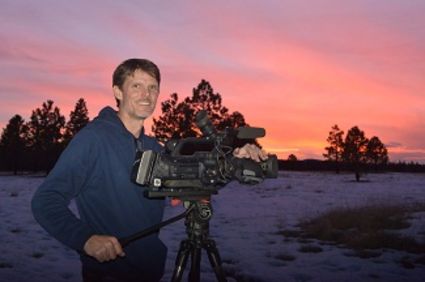 The show is produced by the Arizona Game and Fish Department's Information Branch and can also be found at http://www.azgfd.gov/video. The Outdoor Writers Association of America is an international organization that represents a diverse group of professional communicators dedicated to sharing the outdoor experience. They inform the public about outdoor activities, issues and the responsible use of our natural resources.

The Arizona Game and Fish Department receives NO Arizona general fund tax dollars? We hold the state's Wildlife in trust for the public without a dime from Arizona taxpayers. https://azgfdportal.az.gov/Agency/Funds.