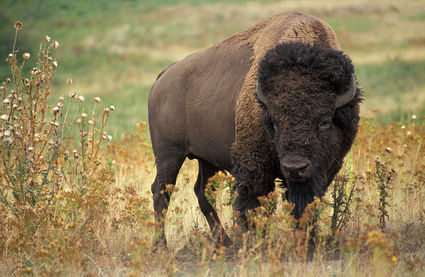 "This legislation is a sensible solution to address the impact of bison on the Grand Canyon's natural and cultural resources," Brnovich wrote in the letter. "Hunters were the first conservationists and hunting plays a valuable role in sustaining healthy wildlife populations."

The Grand Canyon Bison Management Act seeks to enlist hunters to help control a rapidly expanding bison population of 600. The animals have migrated into the Park from their range on the Kaibab National Forest and are trampling natural and cultural resources unencumbered.

In the letter, Brnovich supports the "sensible solution" of allowing the State to exercise its trust responsibility to actively manage and conserve wildlife populations inside the park just as it does across Arizona's landscapes statewide.

"Hunting can play a valuable role in sustaining a healthy wildlife population," Brnovich said. "This legislation is a sensible solution to address the negative impact of this particular herd of bison on the Grand Canyon's precious natural and cultural resources. Harvesting bison in the national park will ultimately help achieve the desired objective of moving this herd safely back to the Kaibab National Forest."