The contest, which promotes Arizona's diverse Wildlife, attracted more than 700 entries on the theme "Arizona's surprising wildlife." Thirteen winning images have just been published in a full-size 2015 Wildlife calendar in the November–December issue of Arizona Wildlife Views magazine.

The other 12 winning photographers are -

This year's entries were particularly strong and diverse, so Arizona Game And Fish singled out 42 more images for honorable mention. These are also featured in arizona wildlife views magazine. The names of honorable mention photographers are posted on the photo contest's Web page, http://www.azgfd.gov/photocontest. 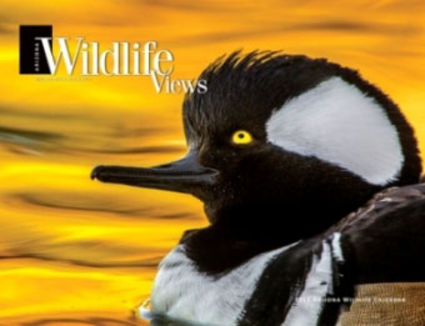 Arizona Game And Fish welcomes new subscribers to Arizona's award-winning magazine about Wildlife and outdoor recreation. The normal price is $8.50 for six issues (one year). Through Dec. 31, subscriptions are on sale at $7 for seven issues. Those who subscribe by Dec. 31 will receive the calendar issue showing this year's winners and honorable mentions.

Subscriptions are available at http://www.azgfd.gov/magazine or by calling (623) 236-7224. The calendar issue is also sold at all Game And Fish offices for $3.