Witness Endangered California Condors' Being Released To The Wild

Public release will be Sept. 27 at Vermilion Cliffs National Monument. 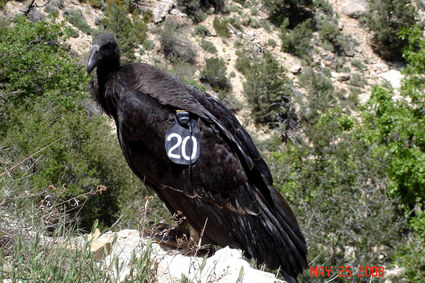 TAGGED CONDOR – Shown is a juvenile California condor with its numbered tag prominent. The bird is resting near the Grand Canyon trail.

California condors will be released to the wild in the Vermilion Cliffs National Monument in northern Arizona at 11 a.m. Saturday, Sept. 27. The public is invited to observe the release from a viewing area where spotting scopes will be set up and project personnel will be available to answer questions.

This will be the 18th annual public release of condors in Arizona since the condor recovery program began in 1996. Condors are hatched and reared in captivity at The Peregrine Fund's World Center for Birds of Prey in Boise, Idaho, and transported to Arizona for release to the wild. Condors also come to the release site from the Oregon Zoo, Los Angeles Zoo, and San Diego Zoo Safari Park.

There are 71 condors in the wild in the rugged canyonlands of northern Arizona and southern Utah. Only two other wild populations exist: one in California and in Baja, Mexico. The wild condor population declined to just 22 individuals in the 1980s when the program was initiated to save the species from extinction.

More Information And To Get There

To reach the Vermilion Cliffs, take Highway 89A from Kanab or Page to the Vermilion Cliffs (from Flagstaff take Highway 89 to Highway 89A). Turn north onto BLM Road 1065 (a dirt road next to the small house just east of the Kaibab Plateau) and continue almost 3 miles. Participants are encouraged to bring a spotting scope or binoculars, sunscreen, water and snack. Shade and restroom facilities are available. 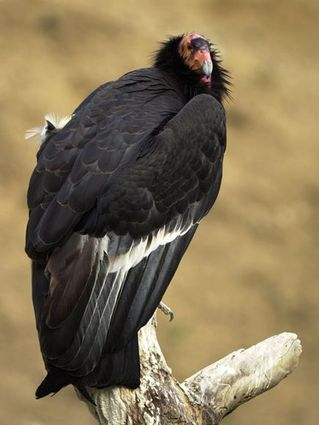