By ODFW
Oregon Department Of Fish And Wildlife

Beginning Jan. 1, 2014 anglers fishing for salmon, steelhead or sturgeon in the Columbia River and its tributaries will be required to have a Columbia River Basin endorsement.

Trout are preparing for winter...

...and are feeding aggressively. Fall fishing, where regulations and access permits, can be some of the best fishing of the year. See the Recreation Reports for updates and the latest conditions.

Good numbers of bulls should be available in all north coast units, as estimates of bull escapement from last season were at or above management goal levels, and calf recruitment out of this past winter and spring appeared to be good.

For the first time in Oregon, a red-bellied woodpecker has been documented in La Grande. The female has been seen multiple times in the area and is creating a lot of excitement among birders. The species is native to the eastern U.S. 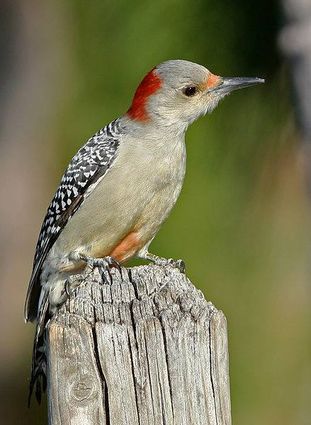 Bowhunters get another chance to hunt deer in parts of western Oregon.

Possession limits were increased to 3X the daily bag limit for all migratory birds this year, so it's a great time to go hunt in a new area.

You can hunt the fall turkey season in most of western Oregon.