Steve Sams, a long-time hunter-education instructor, conservation volunteer and current president of the Arizona Chapter of the National Wild Turkey Federation, has been named 2013 Conservation Hero of the Year by Field and Stream magazine.

Sams, a resident of Prescott Valley, Ariz., was one of six finalists for this prestigious national award, which he accepted at the annual Heroes of Conservation Gala in Washington, D.C., on Sept. 19.

Fieldandstream.com noted that Sams has dedicated his life to the conservation of Wildlife and the preservation of the outdoor sports. He was praised for his work educating and recruiting young hunters, cultivating collaboration between groups, raising funds, and accomplishing on-the-ground habitat improvements for wild turkeys and other Wildlife species, all embodying the values of a Field and Stream Hero of Conservation. 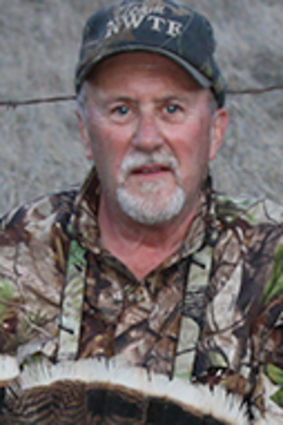 CONGRATULATIONS! -- Steve Sams, a long-time hunter-education instructor, conservation volunteer and current president of the Arizona Chapter of the National Wild Turkey Federation, has been named 2013 Conservation Hero of the Year by Field and Stream magazine.

Sams has introduced more than 2,000 youngsters to hunting during 28 years of teaching hunter education, 10 years of mentored youth pheasant hunts, and four years of leading youth turkey camps. He was a charter member of Arizona’s Hunting and Angling Heritage Work Group (HAHWG), a collaborative effort between the Arizona Game and Fish Department and various sportsmen’s groups that works to break down barriers and pool resources for hunter and angler recruitment and retention.

The effort began with just four sportsmen’s groups and has grown to include more than 30 organizations that are dedicated to making a difference.

Arizona Game And Fish congratulates Steve Sams on this most recent achievement and recognition of his efforts on behalf of Wildlife conservation and service to the citizens of Arizona. To see the Field and Stream video about Sams’ accomplishments and to learn more about the Heroes of Conservation Award, visit http://www.fieldandstream.com/heroes.