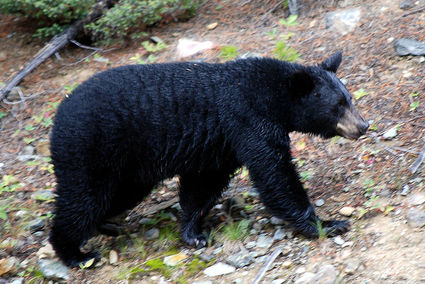 Although it is winter in most parts of the state, Wildlife encounters still occur. The Arizona Game and Fish Department wants to pass along a few reminders to avoid conflicts with Wildlife and how you can help keep Wildlife wild.

Arizona is an amazing state, home to more than 800 Wildlife species and close to 7 million people. Based on those numbers, humans and Wildlife do occasionally cross paths. Although encounters do happen, Game And Fish encourages everyone to get outside and enjoy Arizona’s diverse Wildlife.

The key is to remember some of the following tips:

• Do not feed Wildlife, as this will change an animal’s behavior. Wild animals that are fed regularly will lose their fear of humans, and adult animals teach young to be dependent on humans for food. This also encourages predators to search for prey in neighborhoods where they do not belong.

• Keep pets on a leash and in view at all times.

• If hiking or camping, learn about the Wildlife in the area and their habitats and keep food in tightly secured containers, not in a tent or in your sleeping area.

• Enjoy Wildlife from a distance, don’t get too close, especially to females with young.

• If you see an animal that looks sick or injured, it is best to leave it alone and contact a regional Game And Fish office or local animal control.

• If a bite or exposure has occurred, seek medical attention immediately and call the local health department or Game And Fish.

rabies is a Wildlife disease that affects mammals, including humans. It more typically occurs in bats, skunks and foxes, but there is the potential for other Wildlife to carry rabies, and an outbreak can occur at any time of the year.

People can get rabies from the bite of an infected animal, or if saliva from the animal gets directly into a person's eyes, nose, mouth or any break in the skin.

In Arizona, approximately 30 people are exposed to rabid animals every year. The most recent, at the beginning of January 2013, was a bite from a rabid fox near Sedona. The last documented human rabies death in Arizona was in 1981. One way to keep the potential for rabies exposures down is to leave Wildlife alone.

And, Around Your Home

In an effort to keep Wildlife wild, here are tips for around your home:

• Keep pet food and water inside and trash cans secured.

• Keep pets contained; remember not to let them in the yard if Wildlife is present. If taking pets on a walk, they should be on a leash.

• Remove things that attract Wildlife such as food, shelter, and water. Plan your landscaping appropriately: the trees and plants you use may create great shelter and food sources for Wildlife.

• Remember that a simple bird feeder can attract other animals besides birds, such as deer and javelina. It can also attract smaller animals that could be potential prey for larger unwanted animals. A bird feeder should be at least 6 feet above the ground and away from trees, decks or planters. It is always a good idea to have a device attached to the feeder that can catch the seed and keep it from falling onto the ground.

• Install outdoor lighting; this may frighten Wildlife from your home.

• Make possible den sites or shelters, including the crawl spaces under homes, unavailable by blocking them with fencing or other devices.

• If allowed in the area where you live, use fences and walls at least 6 feet high, with the bottom buried a few inches underground.

“In our region we have dealt with Wildlife issues involving everything from deer to javelina to bears,” says Larry Phoenix, Flagstaff area field supervisor. “We have learned that most human/wildlife conflicts in urban areas occur because humans are intentionally or unintentionally providing food, water, or shelter to wildlife.”

Phoenix adds, “Urban Wildlife can cause property damage, and in some cases, become aggressive towards people, and the last thing we want to do is remove or kill an animal because of human behavior that could have been avoided.”

Reducing conflicts between people and Wildlife must be a neighborhood or community effort to be truly effective. If one person in a neighborhood is still feeding Wildlife, that person is attracting the animals to the whole neighborhood. Work with your neighbors. Create a community-wide effort. Remember to help keep Wildlife from coming into conflict with people because when that happens, everyone loses.

For more information, visit the Arizona Game and Fish Department website at http://www.azgfd.gov