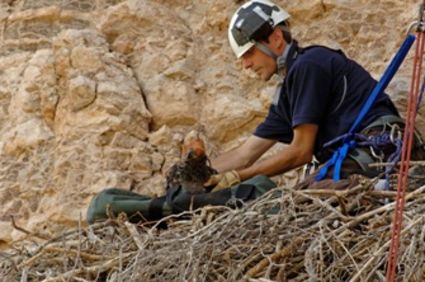 The Arizona Game and Fish Department pledges to continue its proven protective management program for bald eagles even though the U.S. Fish and Wildlife Service recently decided that the species in Arizona is not a distinct population segment and does not warrant listing as an endangered species.

“The Service’s recent decision has no bearing on Arizona’s bald eagle management program that has been in place for more than 30 years and has led to a more than 600 percent increase in the state’s population,” said Larry Riley, Game and Fish’s assistant director for Wildlife management.

“Arizona has a nationally recognized bald eagle management program that, in conjunction with federal protection laws that already exist, will help the species continue to thrive.”

That program is a partnership effort of the Southwest bald eagle Management Committee — a group of 24 government agencies, private organizations and Native American tribes.

The bald eagle is considered one of the greatest successes of the Endangered Species Act, particularly in Arizona where the population has grown from 11 nesting pairs when the species was originally listed as endangered in 1978 to more than 60. In 2011 alone, the species set three records for the highest number of breeding areas occupied (55), eggs laid (79) and number of young eagles (56) that made it to the milestone of fledging (first flight).

Cooperative on-the-ground management efforts that have contributed to this success include monitoring and survey flights, seasonal closures of critical breeding habitat during the breeding season, eagle rescue efforts, contaminants analysis, and an award-winning nest-watch program to protect breeding activities.

In addition to the ongoing active management efforts, bald eagles in Arizona continue to be protected under a number of federal laws, including the Bald and golden eagle Protection Act, the Migratory Bird Treaty Act, the Lacey Act, the Airborne Hunting Act, and the Convention on International Trade in Endangered Species of Wild Flora and Fauna.

The Service’s decision was the result of a revised 12-month finding on a petition to list the Sonoran Desert Area population of bald eagle as threatened or endangered under the Endangered Species Act (ESA).

Although Game And Fish believes that the bald eagle population could qualify as a distinct population segment, the department agrees that ESA listing is not warranted at this time due to the continuing management of the population.

The department fully supports the federal listing of species under ESA when those species are either threatened with the possibility of going extinct or meet the criteria for being endangered.

However, one of the primary purposes of any listing is to ensure appropriate conservation measures are taken to remove threats and recover the species, which is being addressed in Arizona without ESA listing.