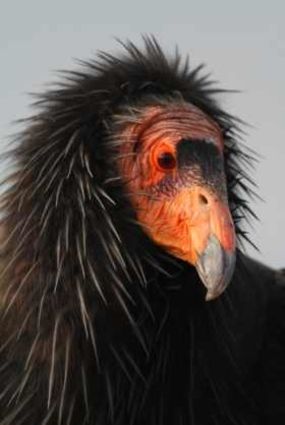 PHOENIX — The endangered California condor population that now spans Arizona and Utah is celebrating a significant milestone this month: the 15th anniversary of the first release of the birds into Arizona after being gone from the area for nearly 100 years.

In December 1996, six condors were released from an acclimation pen atop the Vermilion Cliffs in northern Arizona. Today, the population consists of more than 70 birds that now also use Utah as part of their range.

“This milestone is a significant accomplishment for the reintroduction program and demonstrates what cooperative, adaptive conservation can do for wildlife,” says Eric Gardner, nongame branch chief for the Arizona Game and Fish Department. “We would not have any condors flying over Arizona and Utah if it were not for the experimental, nonessential designation that allowed the project to begin. Now we have over 70 birds.”

Since reintroduction began, challenges have been identified in the program and adaptive management has been implemented to address issues like lead poisoning from spent ammunition and predation. Of 42 known mortalities, 19 birds have died from confirmed lead poisoning. The second leading cause of death is predation with 12 cases recorded.

The Arizona Game and Fish Department implemented a voluntary non-lead ammunition program in 2005 for hunters drawn for hunts in the condor’s core range. The free program has had voluntary participation rates of between 80 and 90 percent each of the past five years, demonstrating the willingness of hunters to play an active role in conservation and that voluntary programs can be successful.

To continue to address lead’s impact on condors, Utah implemented a non-lead program in 2010 to further conservation as the population of condors expands its habitat into southern Utah. Biologists expect to see a reduction in lead toxicity deaths once more Utah hunters begin to use non-lead ammunition in the field.

The Arizona-Utah condor population is classified as an experimental, non-essential population by the U.S. Fish and Wildlife Service under the 10(j) rule of the Endangered Species Act. This special rule provides The Peregrine Fund and Game And Fish with more flexibility to manage the population.

The 10(j) rule allows the agencies the ability to handle, treat, transport and fit birds with radio transmitters, activities that would be much more difficult to carry out without the special designation. The 10(j) rule also provides that land management practices will not be restricted due to the presence of condors.

Condors are a long-lived species with low reproductive rates, making its population more slow-growing than most Wildlife. While they can live up to 60 years in the wild, they do not sexually mature until six or seven years of age and only mate every other year.

The california condor has gone from only 22 birds left in the world in 1982 to nearly 400 today. The original 22 birds were captured in an effort to breed and save the species. Condors bred and raised in captivity are now periodically released at sites in California, Mexico and at the Vermilion Cliffs in Arizona.

The species was added to the federal endangered species list in 1967. The condor is the largest flying land bird in North America. The birds can weigh up to 26 pounds and have a wingspan of up to 9 1/2 feet.

For more information on condors, visit http://www.azgfd.gov/condor or The Peregrine Fund website.