Female Fishing Participation On The Rise

Women Now Account For 37 Percent Of Anglers In The U.S. 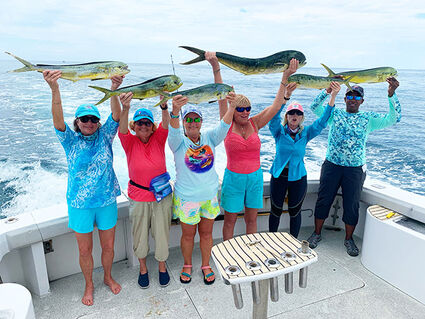 Forestville, WI (November 2, 2022) – Women now account for 37 percent of anglers in the U.S., the highest level on record according to the Special Report on Fishing announced at ICAST 2022 by the Recreational BOATING and Fishing Foundation (RBFF) in collaboration with the Outdoor Foundation. 19.4 million women went fishing in 2021, an 8% increase in fishing outings since 2019. 1.6 million female participants were first timers. The total number of fishing outings for females in 2021 was 288 million.

To attract and reengage women and families to the sport of fishing, Ladies, Let's Go Fishing focuses on attracting women to fishing through educational hands-on programs with networking and fishing as well as online events and promotions. In 25 years the organization has generated more than 9,000 new female anglers, not including the others they bring to the sport. Their motto is: "Bring the women, get the whole family!"

52.4 million Americans ages 6 and over went fishing in 2021, an increase of 4.15% over 2019. The sports of fishing and BOATING flourished during the worst years of the pandemic due to lack of school and professional sports, concerts and other activities involving crowds. People flocked to fishing and BOATING as a way to participate in a sport with lower risks of infection and to bond with family or friends to experience the outdoors together.

The sport of fishing is now challenged with how to keep these new participants. The good news is, according to the report, 99 percent of participants plan to continue fishing this year.

The fishing industry contributed 49.8 billion dollars to the US economy in 2018 (most recent report available). That spending contributed $63.5 billion to the National GDP and total economic impact, including all multiplier effects was nearly $126 billion in 2018 according to this report https://asafishing.org/wp-content/uploads/2019/02/Sportfishing-in-America-Revised-November-2018.pdf

Florida ranks number one for numbers of anglers. One out of every four trips in the U.S. occurs in Florida and 60 percent of recreational fish caught in the U.S. are caught in Florida.

The highest region for female participation is the South Atlantic. Its share has the strongest three-year annual growth rate overall.

While female fishing participation fell slightly in 2021 from its 2020 all-time high, in 2021 there were 2.8 million more female anglers than five years prior, and 3.8 million more than in 2011.

Female activities outside of fishing

In addition to fishing, nearly half of all female participants walked to stay fit. The next most popular activities were camping, hiking, bowling and bicycling.

This information is provided by Ladies, Let's Go Fishing (LLGF), according to statistics from RBFF, NMFS and other sources. The goal of LLGF is to activate, recruit and retain new anglers through educational programming and communications, aligning with the mission of the American Sport Fishing Association's R3 endeavor.

For the 2022 Special Report on Fishing from RBFF visit https://asafishing.org/wp-content/uploads/2022/07/2022-Special-Report-on-Fishing.pdf

Fishing Industry statistics from 2021 or most recent available according to the Special Report on Fishing:

Women now account for 37 percent of anglers in the U.S.

3.7 million were first-time participants, of that number, 43 percent were women

4.7 million Hispanics ages 6 and over fished

Fishing and the economy:

Fishing contributed 49.8 billion dollars to the US economy in 2018 (most recent report available). That spending contributed $63.5 billion to the National GDP and total economic impact, including all multiplier effects was nearly $126 billion in 2018 according to this report https://asafishing.org/wp-content/uploads/2019/02/Sportfishing-in-America-Revised-November-2018.pdf

The Ladies, Let's Go Fishing Foundation (LLGF) is a national charitable 501C3 organization dedicated to attracting women and families to fishing and encouraging conservation and responsible angling. LLGF promotes networking among women anglers and emphasizes mentorships. Founded in 1997 by Betty Bauman, of Ft. Lauderdale, Florida, LLGF has over 9,000 graduates and is the largest organization in the world whose objective is to introduce women and families to fishing. In addition to fishing education and hands-on practice, most events offer a fishing experience depending on venue, from charter boats to land-based fishing. The mission is supported by sponsors and donors. Both Bauman and the University series - dubbed "The No-Yelling School of Fishing" - are known nationally in the fishing and marine industries. The organization has earned rave reviews from media including Inside Edition, The Early Show, NBC Nightly News, CBS, Good Morning America, Outdoor Life Network, USA Today, the Wall Street Journal, Southern Living and more.

The Future Angler Foundation (FAF) is an incorporated 501(c)(3) non-profit foundation formed in April of 2012. The FAF's mission is to "Create New Anglers and Boaters" through its support of angler education and boating safety programs hosted by passionate, knowledgeable volunteers throughout the U.S. and through its "Getting Families Fishing" initiative, a series of free source digital educational programs developed to engage young anglers and boaters as they educate them about angling in an exciting, informative, and effective manner. More information about the FAF can be found online at http://www.futureangler.org. 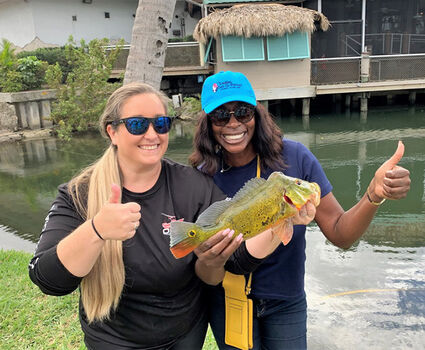